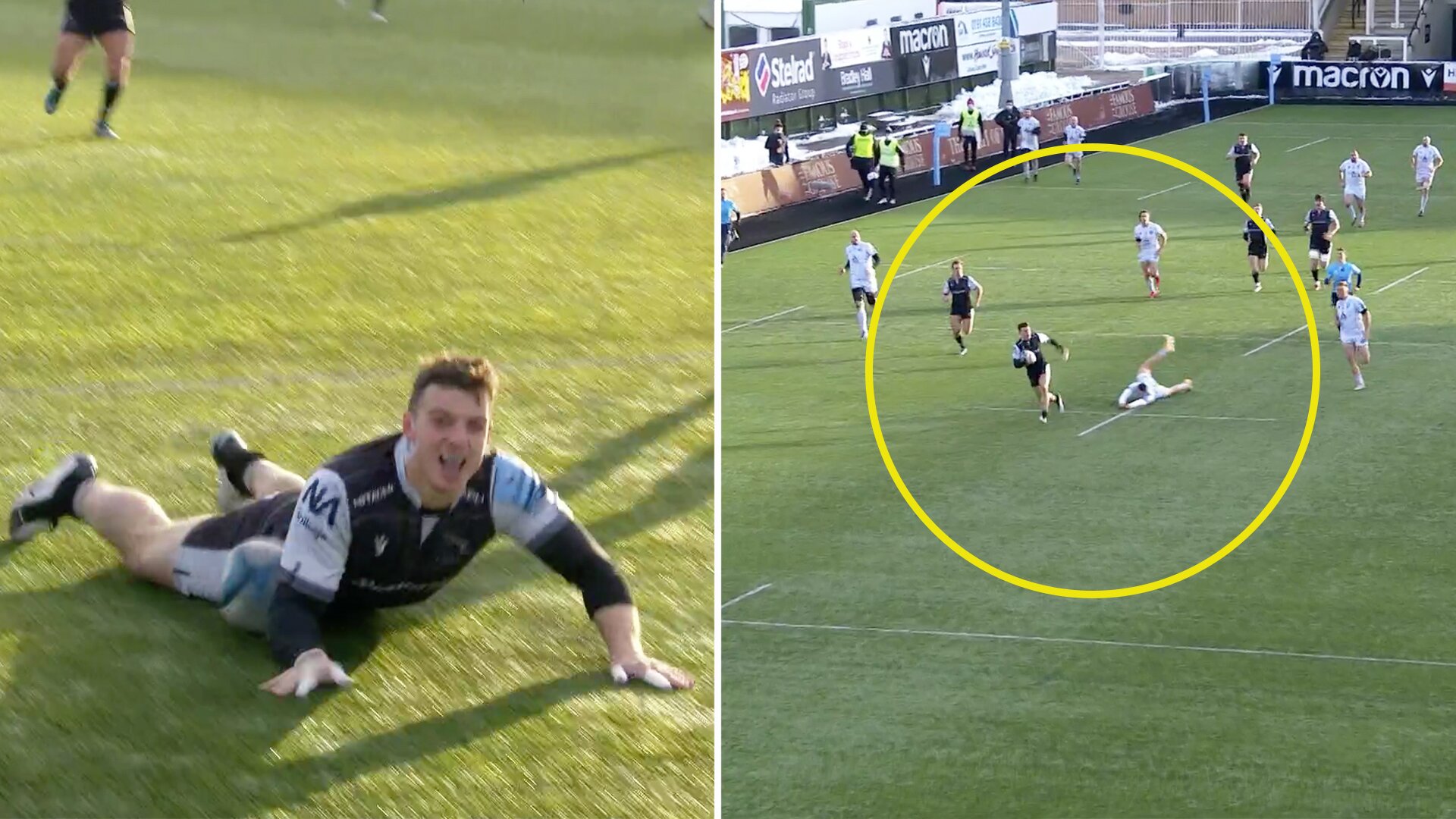 Jonny May is normally the man who is leaving men for dust in the Gallagher Premiership but the England rugby star was humiliated today at Kingston Park after this sensational score from Newcastle Falcons.

23-year-old Adam Radwan was the man who was responsible for this violation of the Gloucester winger, taking less than four minutes to put the Northerners in the lead against the league strugglers.

Social media was stunned with the try-scoring effort from the young Falcons flyer.

Newcastle have had a sensational return to the top-flight in recent weeks after building an impressive winning run – led by former England stars such as Toby Flood and Luther Burrell.

Today’s match at Kingston Park was very much in doubt after snow blizzards pummelled the North-East of England late on this week.

This was the scene yesterday at the home of Newcastle Falcons

Ever get the feeling you’re fighting a losing battle?? pic.twitter.com/aYKG48FMx8

After an incredible effort from the ground staff at the club the game was able to go ahead – and thank god they did as we’re now able to laude this incredible try from Adam Radwan.

Watch the brilliant length of the field scrore from the Newcastle winger in the opening minutes of today’s clash.

What a try from the Newcastle man 👏 pic.twitter.com/VsStkPL4vq

Fans on social media were quick to laude praise on the young winger – man of whom have never seen Jonny May violated in such a way.

Jonny May, seeing Radwan coming down his channel! pic.twitter.com/2w5Ut28cCR

I’ve watched Radwan closely for last three or four years. He will humble better defenders than the great Jonny May, trust me! Extraordinary change of pace and deceptive hip power.

Adam Radwan of Newcastle Falcons beats his man, Jonny May of Gloucester Rugby, and runs the length of the pitch to score a try@FalconsRugby #Newcastle@gloucesterrugby #NEWvGLO@premrugby #GallagherPrem@northernapphoto pic.twitter.com/pYNYPre77P

Jonny May nailed on the lions 🦁 with that defence? 🤔