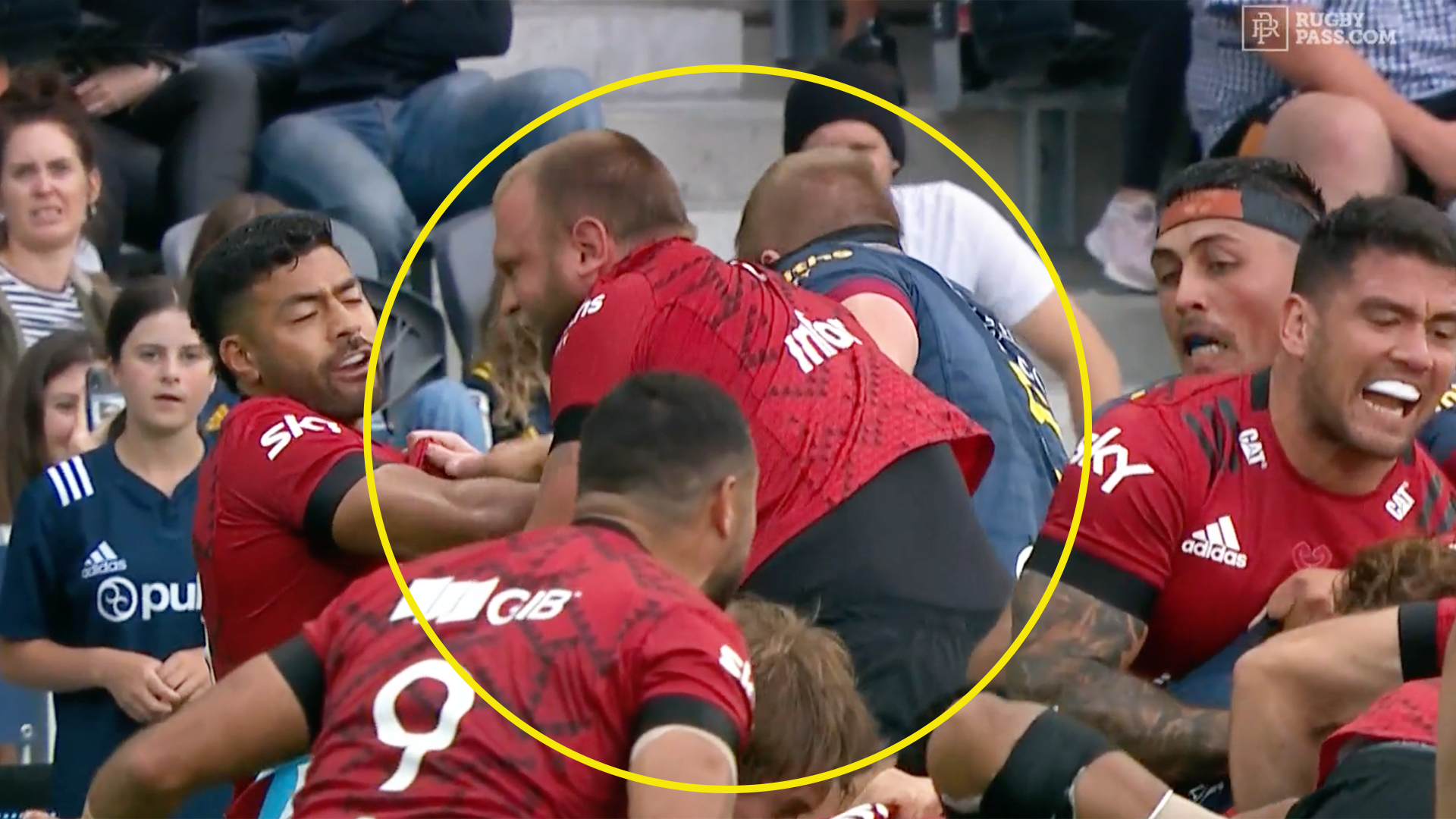 Super Rugby Aotearoa kicked off today with a crunch clash between the Highlanders and Crusaders in Dunedin.

The reigning champions came into the match as hot favourites with some star names in their ranks such as Richie Mo’unga and Codie Taylor.

There was one moment, however, in the second minute of the match that caused around on social media.

It was a rip-roaring clash at the Forsythe Barr Stadium with some brilliant scores on show.

All Blacks hooker Codie Taylor ran in this sensational score from 46m out in the first half to the get the Crusaders’ campaign underway.

Codie Taylor had an immense game and this try was just one of his inputs. The @crusadersrugby forward absolutely dominated @Highlanders https://t.co/tJhcEV8dSc

The Highlanders hit back in the game with a score of their own but they were second-best against a Crusaders side that some of argued is the best club team on the planet.

Sevu Reece made this acrobatic finish in the corner, early in the second half, to extend the Christchurch side’s lead.

Sevu Reece with an incredible finish against the Highlanders 😍

There was one moment in the second minute of the game that divided fans online involving All Blacks prop Joe Moody.

We see as 32-year-old has his jersey pulled in the rolling maul and doesn’t take too kindly to the attentions of Irishman Daithí Regan.

watch the shocking moment in the video below

A bit of extras from Joe Moody on Irishman Jack Regan on his #SuperRugbyAotearoa debut 😤 #HIGvCRU pic.twitter.com/trAYH5Y6Np

The officials reviewed the incident but the prop was not shown a card.

Fans on social media questioned how this could happen, especially, given that we’d seen five red cards in the Gallagher Premiership in England last weekend.

granted I’m watching on a choppy feed here (shitty reception here in the blue mountains and not on pub TV’s :((( ), but wasn’t that like 3 or 4 open palm-ed ‘punches’ to the head by Joe Moody? red all day from where I’m sitting #HIGvCRU

Loose enough stuff from Joe Moody there, lucky not to get yellow?#HIGvCRU