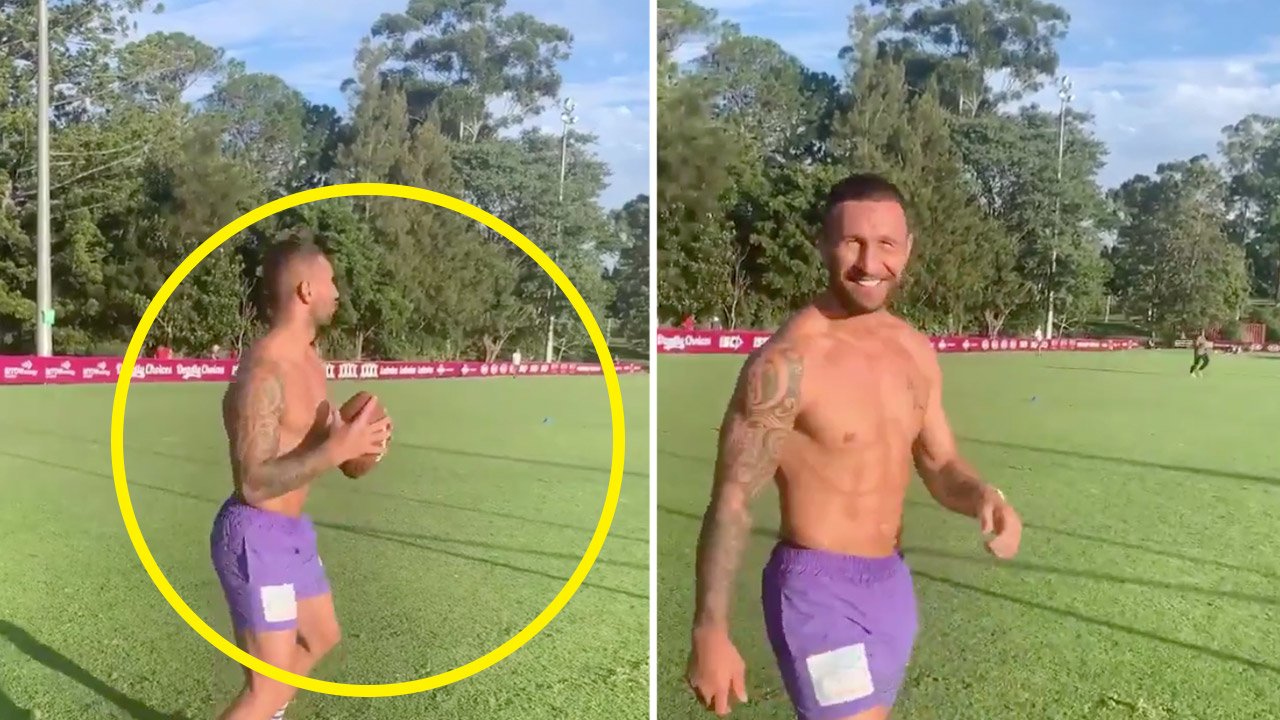 Quade Cooper responds to fans who have been criticising his skills in a stunning new video which is going viral online.

Last week Quade Cooper posted an incredible behind the back pass which has been going viral online, garnering well over 3 million views on all platforms.

The video originally showed an incredible pass that Quade Cooper did to one of his teammates in a training session.

The response to it originally was positive, but some rugby fans online have taken it as an opportunity to take an unneeded pop at the Australian fly-half.

Some fans online said that it is all well and good being skilful in training, but it’s the matches that truly matter.

Users online have called him things such as a ‘drama queen’ and high maintenance for his relationships with rugby clubs in the past like the Reds and the Melbourne Rebels.

Cooper thought it would be worthwhile to send a response to his haters this morning, by posting a piece of skill that is even more incredible than the one before.

In this video, Cooper was holding an NFL ball rather than a rugby ball, but the accuracy was certainly still there.

If there is one way to respond to your haters, then this is it.

The talismanic fly-half always seems to respond in the best ways to contraversy by handling his haters in the right way.

Quade is currently plying his trade in Japan for Kintetsu Liners. The Australian has put in some fantastic performances for the teams there, playing at a level which he is in all honesty too good for.

He plays alongside teammate and long-time friend Will Genia who he played with at 9 and 10 for the reds.

He played semi pro for a while for Brisbane City.

W certainly have a soft spot here for Quade Cooper who will always be remembered as one of the most exciting players in rugby!