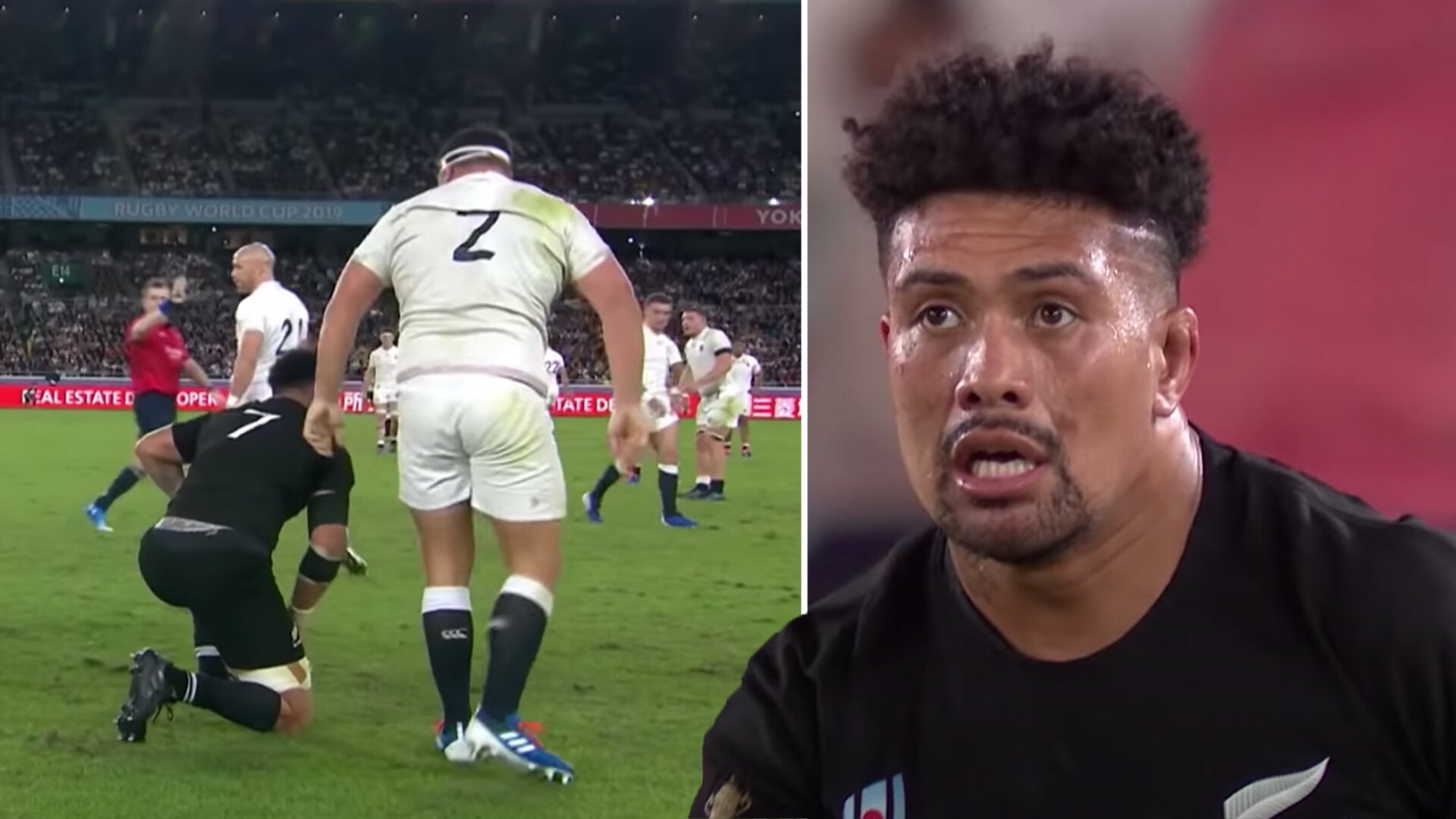 A post about Ardie Savea and his brilliant recent form has prompted rugby fans to comment on the strange moment during the rugby world cup that nobody seemed to notice.

All eyes were on Ngani Laumape in yesterday’s Super Rugby clash between the Crusaders and the Hurricanes but it was Ardie Savea who stole the show in the opening 40 minutes.

The All Blacks number eight was in mesmerising form in this crucial Super Rugby Aotearoa clash.

Savea got the Christchurch crowd rocking early on in the game as the ball fell to fellow New Zealand man Jack Goodhue out wide.

He attempted to step around Savea before being wrapped up in his vice-like grip before letting out a blood-curdling scream.

Ardie Savea with the banshee screaming. You love to see it pic.twitter.com/ZTEDbNGlOo

The scream in yesterday’s match prompted some rugby fans to question as to why Ardie Savea let’s out such a scream in matches.

Kyle Sinckler recently made headlines for his outrageous screaming during matches.

George Griggs – I remember him screaming whilst clearing out Jamie George near the end of the WC semi-final. Everyone in the pub kind of just looked at each other and burst out laughing.

Tom Div – He did this in the WC semi, and u can hear Jamie George on the mic telling him, “You’re crazy!”.

We looked back to the World Cup semi-final in 2019 to see if this was the case, and to our surprise, it was actually true!

In the 67th minutes of the semi-final clash, Savea cleared out Jamie George in a ruck before letting out one of the wildest power screams that we have heard.

It prompted the England front row to stand up and look at the Saracens man in pure confusion, wondering what had prompted such an outburst.

It’s apparent Savea is an incredibly aggressive player which is why he is one of the best in the World.