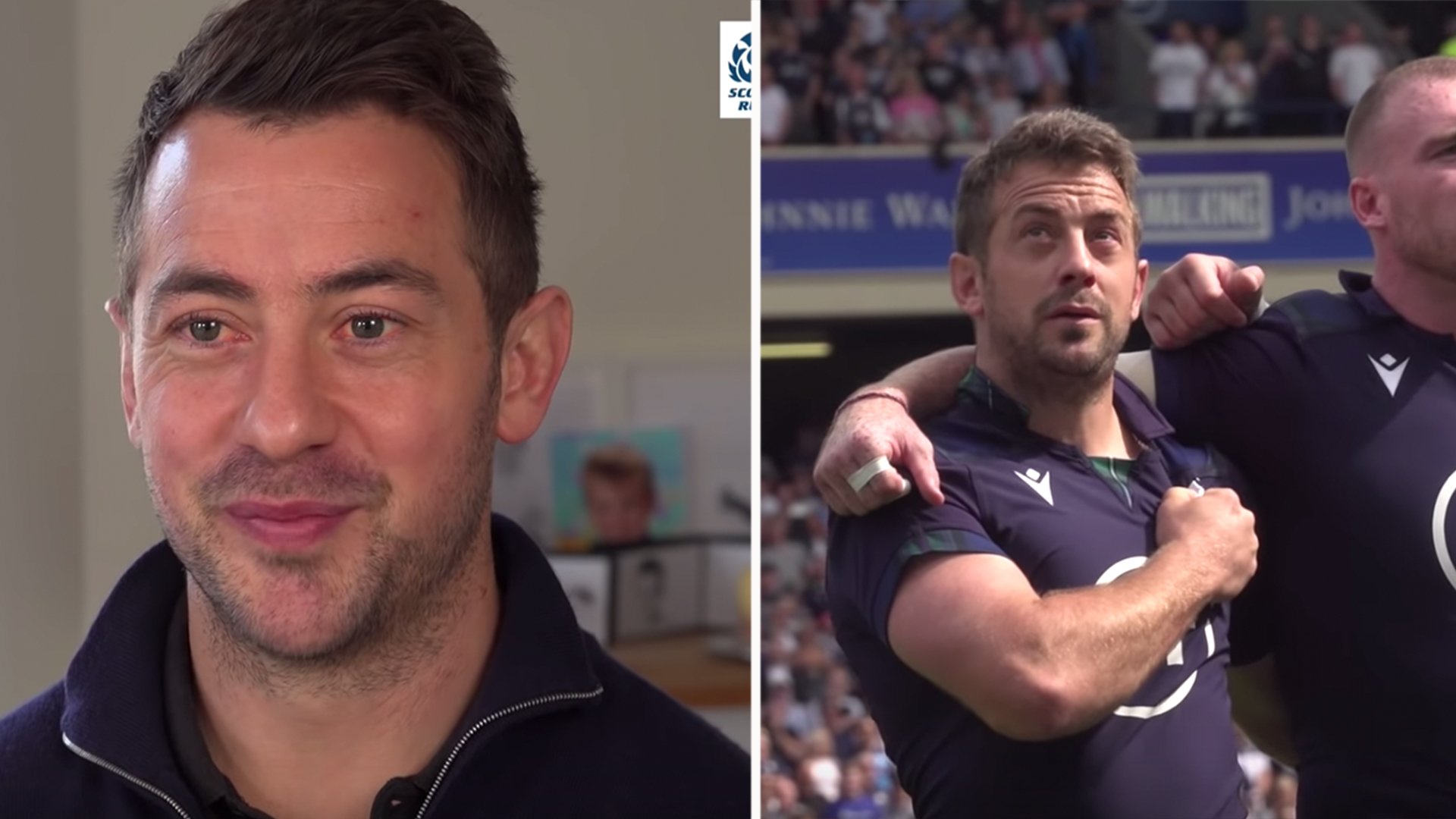 Greig Laidlaw – who captained Scotland more than any other player (39 of his 76 appearances) and is the country’s second all-time points scorer (714) – yesterday brought an end to a stellar Test career.

The Scotland Rugby YouTube channel today released this incredibly emotional tribute to the scrum-half who now plays for Clermont in France.

Speaking as he steps out of the Test arena Greig Laidlaw said: “Emotionally, this decision was incredibly tough however, when I reflected on what I have learned from playing Test level rugby and where Scotland is as a national team, it makes sense.

John Barclay and Tommy Seymour recently decided to concentrate on their clubs from now on after lengthy careers with the Scots, and France-based Laidlaw has now decided to follow suit. pic.twitter.com/fsJBYBJFRb

“Captaining your country to victory is the stuff of childhood dreams. To say I will never again stand in the tunnel, filled with nerves, alongside my rugby family and lead my teammates out on to the pitch at BT Murrayfield, is incredibly hard.

“While my body and heart could continue playing, my head tells me that it’s time to let the team rebuild. In terms of where Scotland is now, they are in a position to spring forward and I cannot wait to give them my full support from the stands.

“To the Scotland coaches and backroom staff over the years who dedicate hours behind the scenes to prepare the team collectively and as individuals, I thank you. To the people who have helped me achieve my dreams: my team-mates, my parents, sister, family, close friends and my incredible wife, Rachel, and our sons, I will be forever thankful for all the support you have shown me over the years; you have stuck by me through thick and thin.” Finishing the season in possession of the No. 9 jersey led to him being named captain for the first time in 2013 – against South Africa in Nelspruit – starting an unprecedented association with the role that came to an end when he led Scotland against Japan in the final Test of Rugby World Cup 2019.

“I’d also like to thank Scottish Rugby and the staff behind the scenes who have both supported me as captain and a player and enabled the team to perform in front of capacity crowds. And finally, a massive thanks to the Scotland supporters both in Scotland and abroad for sharing the rollercoaster ride of international rugby with me. Your support was always appreciated, from messages on social media to being at the stadium, or just stopping to chat on the street. I look forward to supporting the team alongside you all at BT Murrayfield soon. Alba gu bràth.”

Here is the video that was released on Laidlaw. Look at how emotional he gets during his final home anthem rendition!