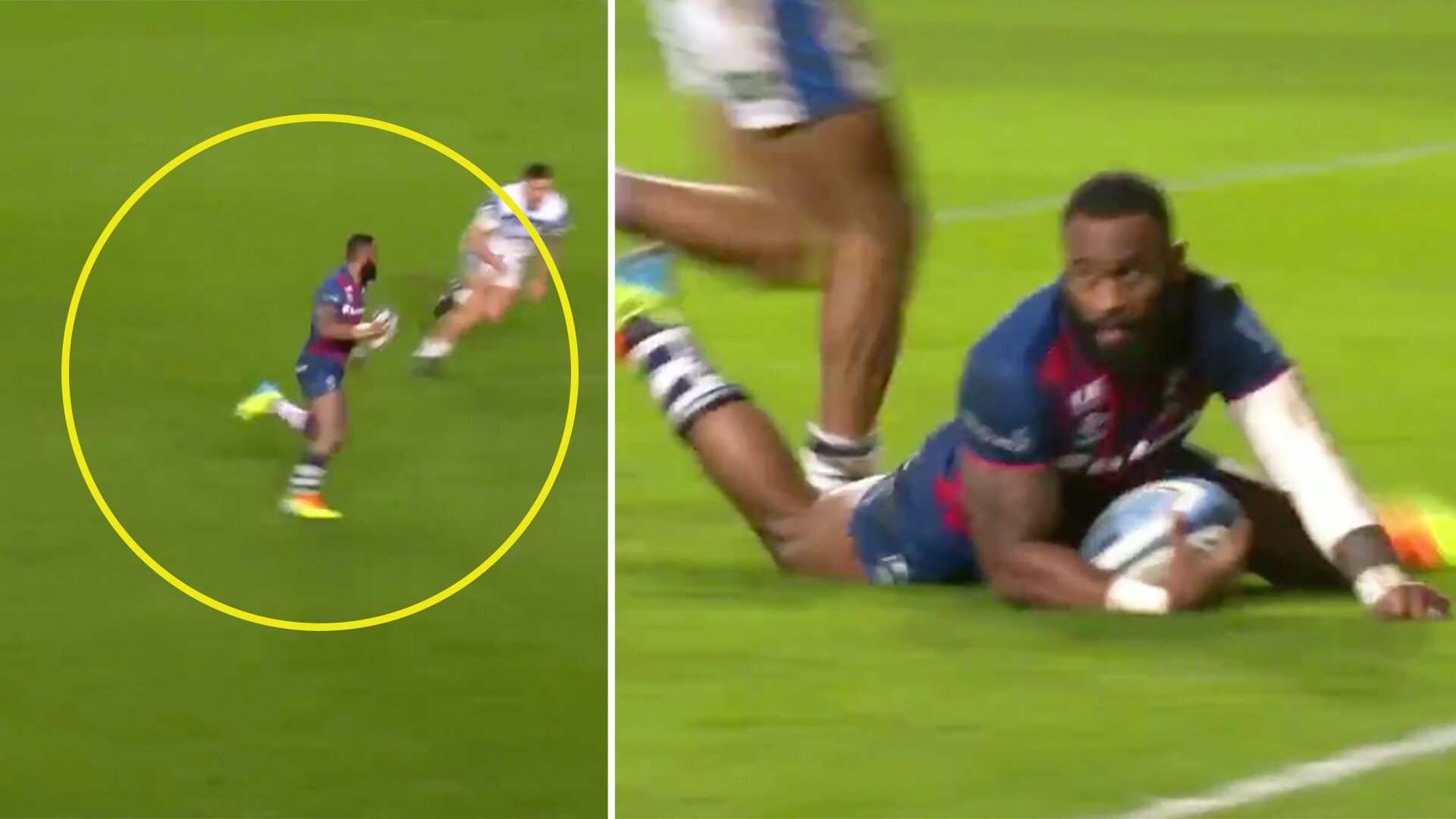 Fans were raving about Bristol Bear’s biggest name last night as they gave a good old fashioned thumping to their West Country rivals Bath in the Premiership.

The name on everyone’s fingertips was Semi Radradra after a scintillating performance in which he scored an early contender for try of the season.

The final score was settled at 48-3 in a result that was summed up well by the Bears social media team, ‘death, taxes and home derby thumpings.’

It took just four minutes for Bristol to make their mark on the match at Ashton Gate.

This exceptional pass from Ioan Lloyd sparked a fine performance in reaction to missing out on Wayne Pivac’s Six Nations squad with Wales.

Watch the game’s opening score, below.

Some pass from Ioan Llyod 😲 pic.twitter.com/R0Mw1un26m

The tries came raining in for last year’s Premiership semi-finalists as they ran in another score soon after.

The eventual Man of the Match was Andy Uren who was stepping up to the plate following on from Harry Randall’s call up to Eddie Jones’ England squad.

The feet on Andy Uren 🥵

Literally running away with it 🏃‍♂️💨 pic.twitter.com/PYjyDgqtXa

Bristol ran in more scores in a one-sided encounter, but the try that everyone was talking about came from their star man, Semi Radradra.

The Fijan star made it look like he was playing in an u12’s game as he ran in this solo effort from 60m out.

Watch the incredible Radradra score in the link below

Hand the ball to Semi Radradra, sit back, and enjoy 😎#GallagherPrem pic.twitter.com/As7NGIJWAF

Social media was raving about the nature of the try, here was how fans reacted on Twitter.

Semi Radradra just left them for dead. Not every day you see that.

60metres out
beats 4 defenders
not a single finger laid on him
Nice score Semi Radradra!
😲@btsportrugby