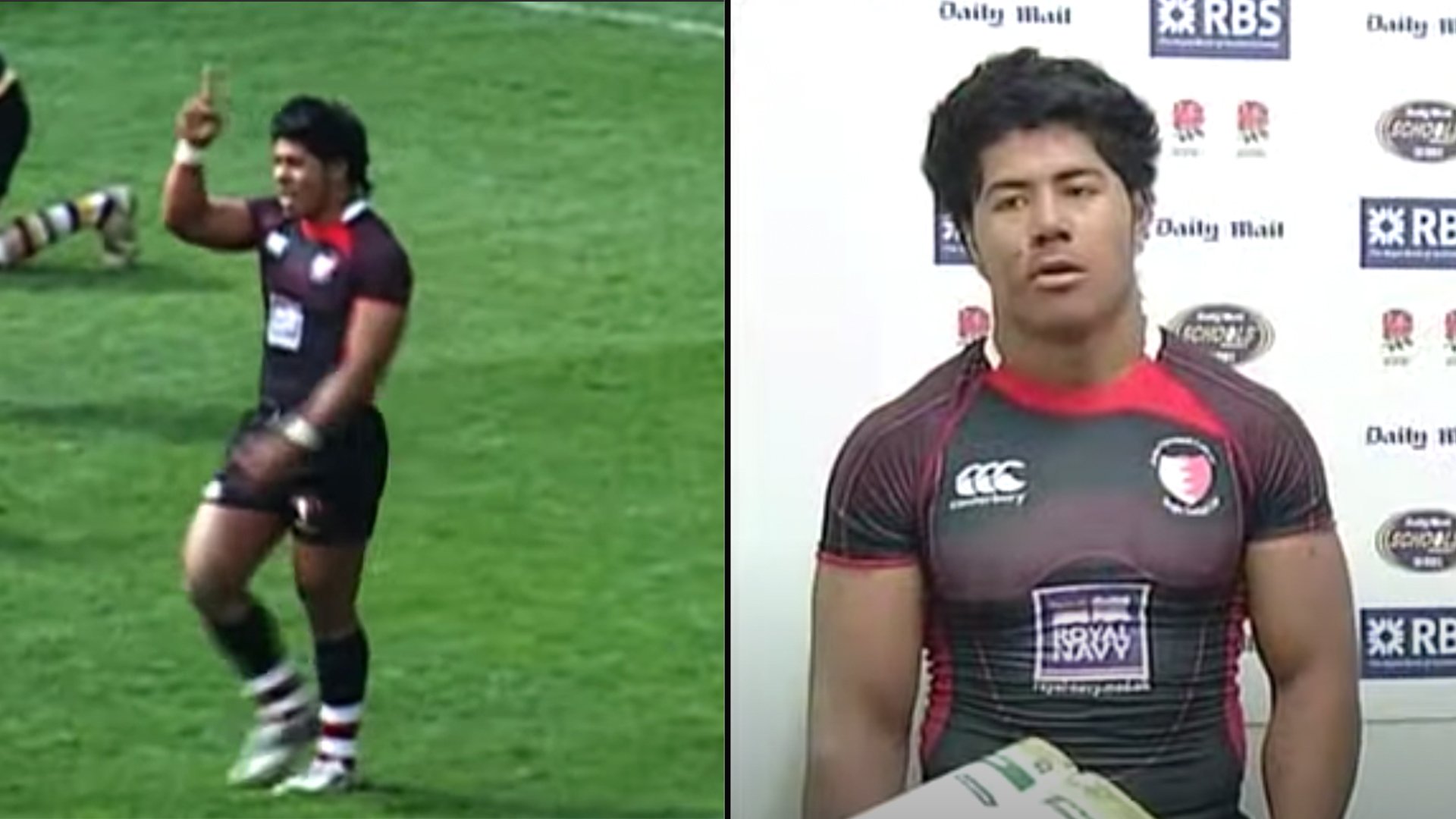 The incredible footage comes from the 2009 Daily Mail Vase final played at Twickenham in front of his whole school.

It’s clear to see that the England centre was already a cut above the rest.

Will Manu be on the plane to South Africa next year?

Tuilagi lined up for John Cleveland college – playing on the right-wing. They were up against Hampton School.

You can see from this video that his team took every opportunity the throw the ball out wide to him – with devastating results!

You’ve got to feel for the Hampton winger who was opposite the Tigers man. He had his work cut out.

The teenage powerhouse was already quite the physical specimen even at such a young age.

We watch as Tuilagi physically dominates anyone who plucks up the courage to try and stop him as he swats away defender after defender.

Tuilagi has bossed it for Leicester Tigers for almost 10 years

He also shows a skillfully streak to attack to his power running as he deftly chips the ball over the opposing winger before gathering.

This match reminds us of the 1995 World Cup final when the Springboks would gang tackle Jonah Lomu with three defenders whenever he got the ball.

It’s clear from this footage that Hampton knew how much of a threat this boy was on the wing.

His side went on to win the match, lifting the Vase trophy to a huge roar from the Twickenham crowd.

It must be every schoolboy’s worst nightmare to take the field and see a player like Manu in the opposition.

Tuilagi did an interview after the game with the John Cleveland captain and it makes for compelling viewing.

The England man talks about how nervous he was before the game – he didn’t look nervous as he terrorised the Hampton School defence!