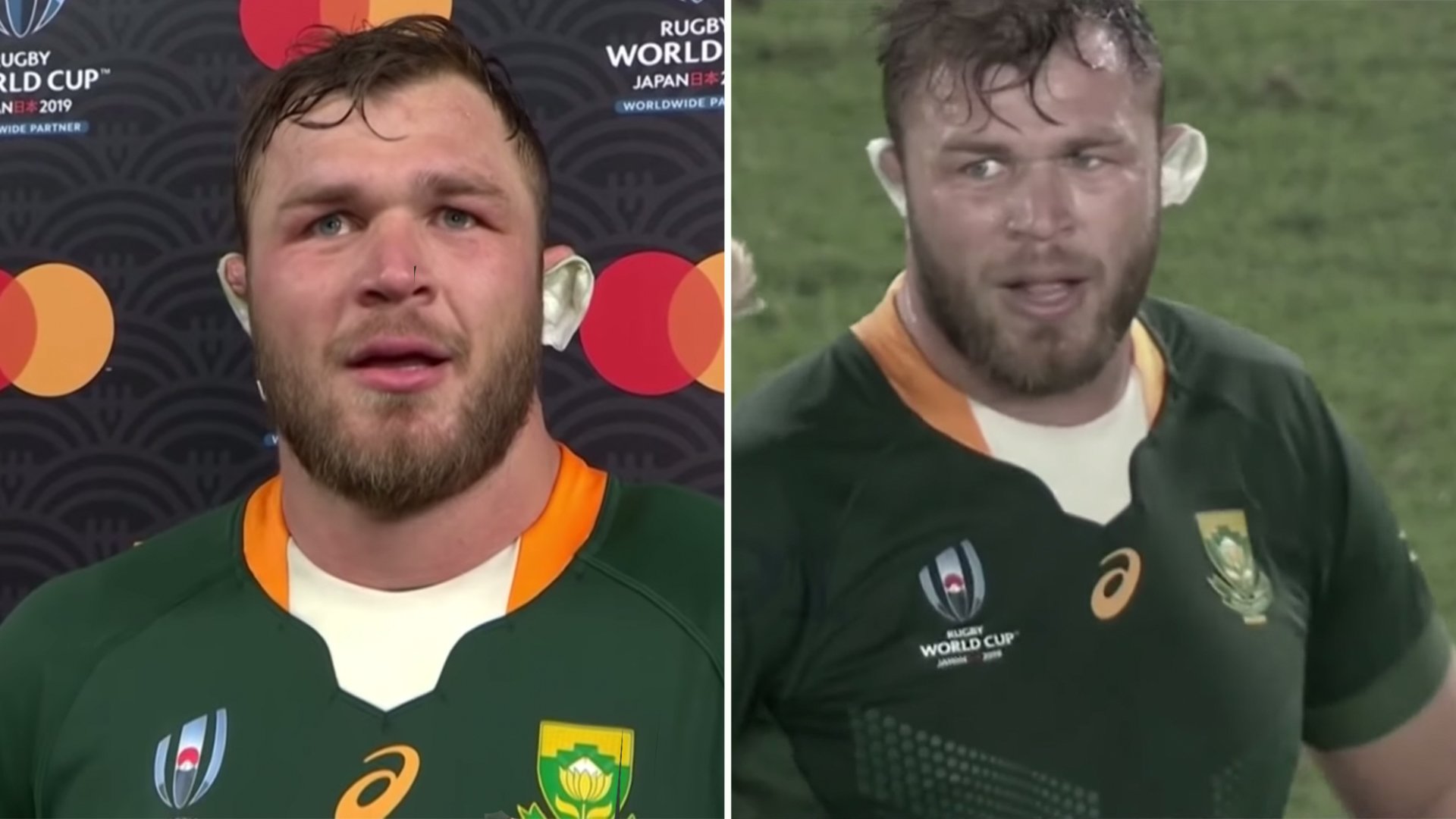 The Springbok named ‘Thor’ by many fans, features in the video showing some of his top highlights from the past few seasons.

When you think about the World Cup final, he managed to shrug off the challenges of Billy Vunipola and Kieran Read on the way to the final win!

World Cup-winning back row Duane Vermeulen is now a household name in World Rugby. The 33-year-old has made a name for himself in the sport for being utterly dominant over other players in his position.

This video really highlights just how devastating the Kuboto Spears backrower has been recently for club and country.

He truly is the best Number 8 in the World at the moment!

Weighing in at 120kg and being 6ft 3 means that he has never really had players physically dominate him. World star players such as Billy Vunipola and Kieran Read have tried in the past to physically assert themselves against him but it has always been in vain.

Some interesting stats on Vermeulen.