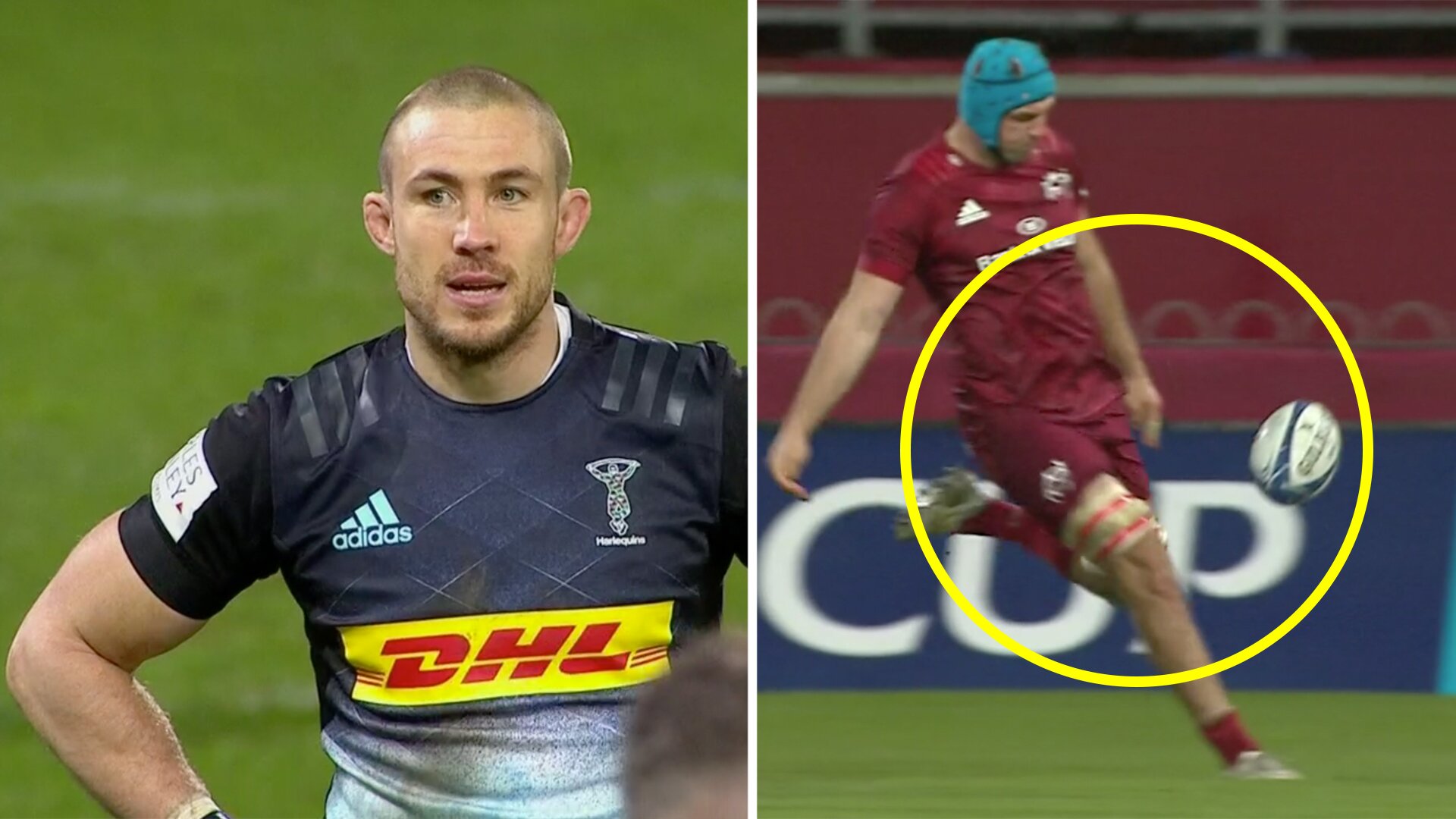 Tadhg Beirne has amazed rugby fans with an incredible piece of skill which you don’t normally see in a forward. The clip has gone viral across the rugby world.

The Welsh forward left the commentators bewildered on Sunday in Munster clash with Harlequins in the European Champions Cup.

Munster went on to win the match thanks to the brilliant work of the likes of Beirne in the tournament who put in a monumental performance for the men in red.

The 28-year-old wowed rugby fans in the game when he managed to boot an incredible 60 metres spiral kick, something that would be impressive even for a back.

To put into context just how impressive this is. For a fly half to do this in the game, they would be praised, for a second row to do it under such pressure is just incredible.

Fans on social media were full of praise for the Irishman.

Never be surprised by anything Tadhg Beirne does.

One of the most underrated players in the game.

He can do it all.

Tadhg Beirne was absolutely immense for Munster tonight. Another one of those players who you rarely see have a bad game. Quins didn’t play badly but their discipline was shocking particularly in the second half. #MUNvHAR