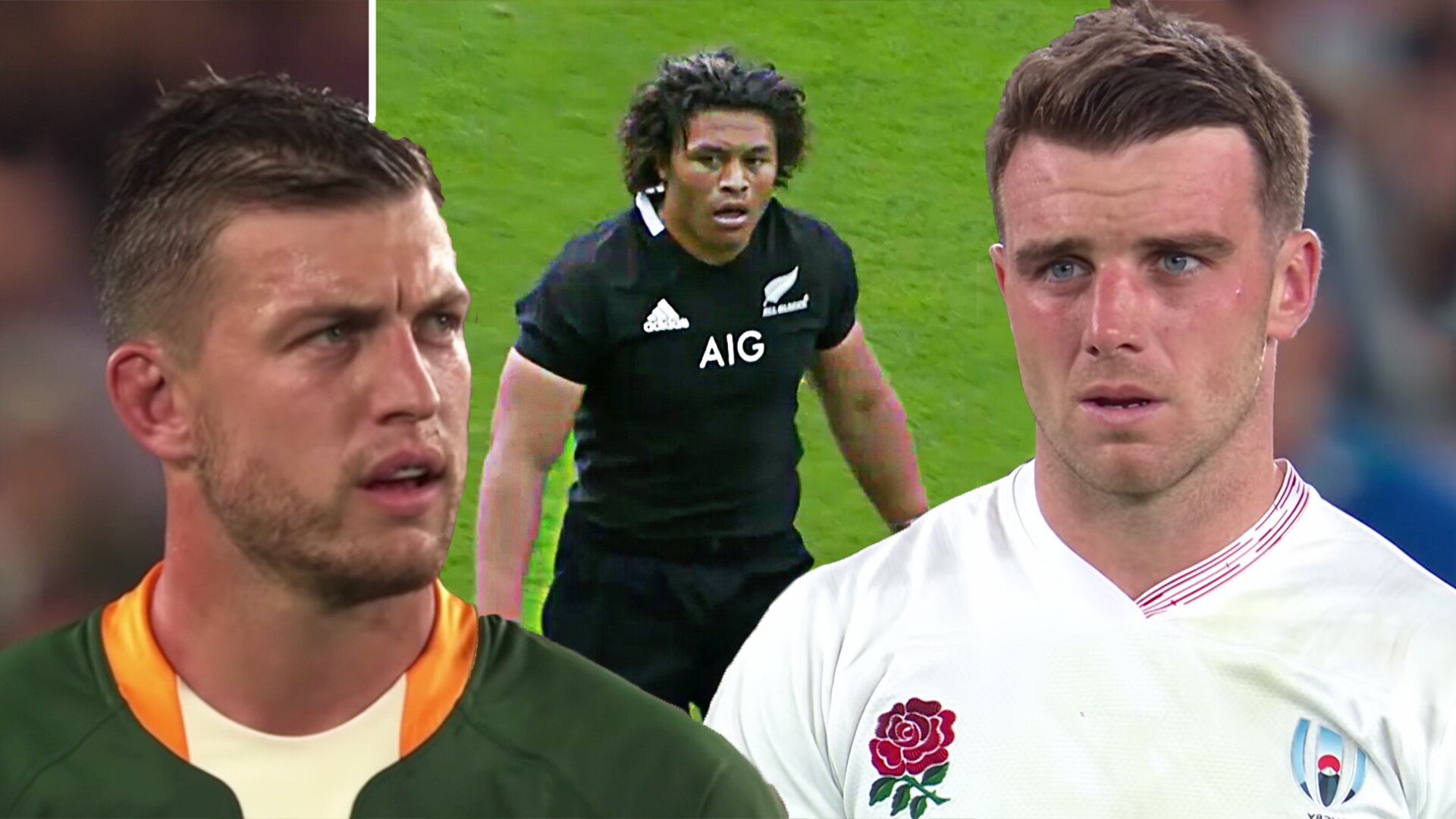 Another week and another opportunity for our specialist analysis crew to set the Rugby World to right. This week, we examine what a combined rugby team of England, South Africa and New Zealand would be.

The current World Rugby rankings have England at 2nd, New Zealand 3rd, and South Africa at the top of the pile. But given current form and evergreen pedigree, what players would be selected in a rugby team if it could only consist of players from this country.

This is the current world rankings for men in the world. 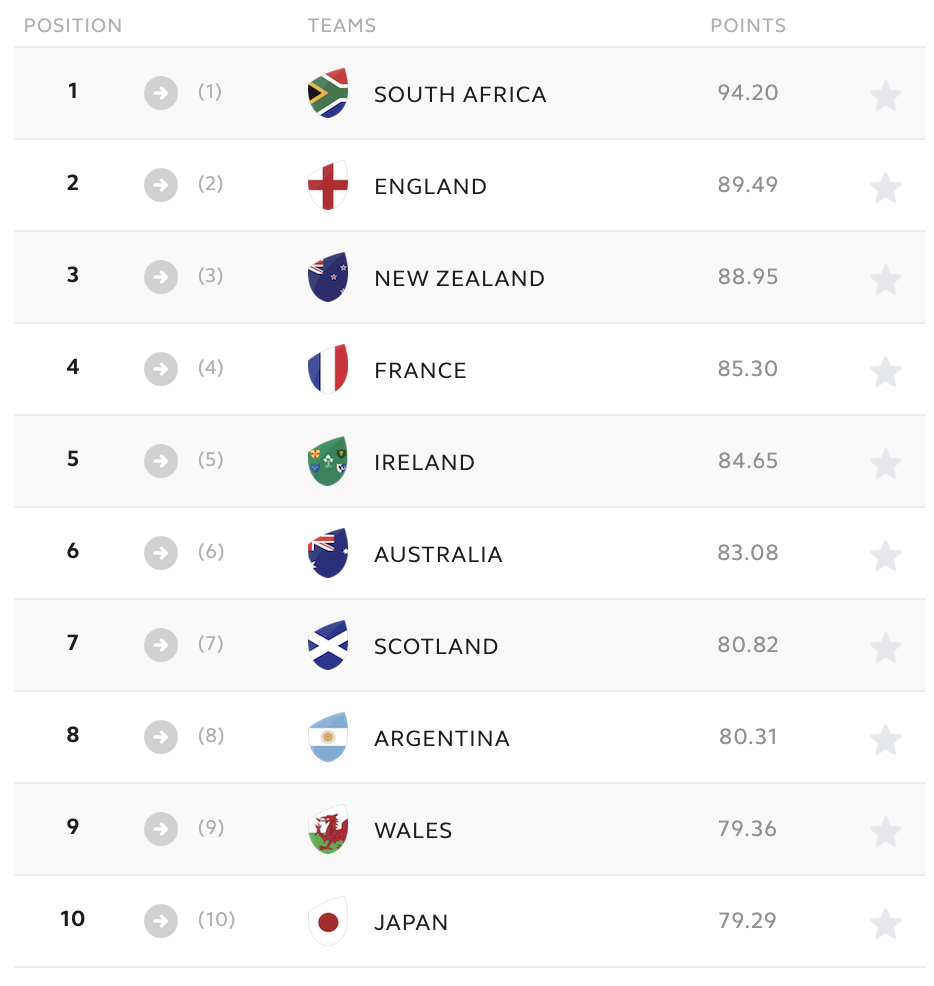 This team looks at the very best options that a team would have with the combined players from all three of the teams.

Disclaimer from our Rugby Onslaught investigation unit. There is no bias in this pick. They spent 18 months creating an algorithmic machine to work out the best players possible.

If this list annoys you then you enjoy extra salt on your chips.

Arguably the best prop in the world when he is on form. Shows just how good he is when he dominates despite the fact that he is only playing at 20% of his true potential at Bristol Bears.

He has struggled with his form this season, but with no real options with Tendai Mtawarira out of contention for the men in green.

If Sinckler had played in the world cup final he very well could have helped them to the title.

One of the most tightly contested positions on this pick. He had tough competition from Malcomn Marx and Jamie George but the class always shines through for the 34-year-old.

He may not be as mobile at the likes of an Ellis Genge, but he certainly has what it takes to dominate at scrum time, we saw time and time again how dominant this 29-year-old can be at the breakdown.

Yet another tough pick, however it is clear to see that Maro Itoje had to be on this list, he is the best second row in the world after all. His abrasive performances in the World Cup make him that good.

He is probably the first name on the teamsheet for the Lions this summer and he would walk into any of the three teams in this list.

Many will be saying, “wHeRE is BrODIE Retalick?!”. The answer is this, we don’t know. He has been completely missing since the World Cup quarter-finals. Eben Etzebeth on the other hand has been quietly dominating the rugby sphere since he won his first World Cup title.

A combination of him and Eben Etzebeth is truly unstoppable in world rugby.

Another instant pick in this selection, the World Rugby Player of the year in 2019 and deservedly so after an incredible year. Rumours have linked the South African to Montpellier recently, but reports now support the fact that he will be staying in his home country.

Has to be on this list purely for his defensive prowess. We salivate at the possibility of Underhill and PSDT on both flanks, it would be a ridiculous side full of power and brawn. This combined rugby team has some serious attacking power, but Underhill gives it a wall of defence too.

Despite his age, the Springbok World Cup winner is still the best out of these three nations in this pick. The 34-year-old dominated Billy Vunipola the last time they clashed and Kieran Read is now retired so it is the easy pick here.

Faf de Klerk pushed him hard in this selection, but nobody can deny that Aaron Smith has been pivotal to everything that has been good about All Blacks rugby for the past 5 years. His attitude when New Zealand lost to the Pumas recently just shows how professional he really is.

Some of the things this man has done for club and country this year has been outstanding. His natural speed, couple with his precision with boot and passing puts him rightly at 10 in this team. Handre Pollard would push him hard for this spot if he was not injured.

Emerged on the scene in a massive way in the Tri-Nations at the end of the year. Many were comparing him to Jonah Lomu after one game against Australia in the Bledisloe Cup, it was that good!

Jonny May pushed him hard for this pick but we think Clarke just pips him given the stuff he has has been doing for the Blues in Super Rugby Aotearoa as well. Well deserved in this combined rugby team.

If anybody is salty about this pick, it is purely because you dislike Owen Farrell, and not to do with his rugby ability. The Saracens man has been pivotal in everything England has done well this year.

He has captained the team to a Six Nations title and a Autumn Nations Cup, not bad for a year of very little rugby.

Criminally underrated in rugby terms, similar to his partner in the centres has won the double for both club and country in 2020. He literally won every tournament he played in.

His creativity on the ball has set up countless tries and we can’t see any real competitors near him from South Africa or New Zealand.

Probably the best player in the world, he made it to the top of our best players list this year and you can see why, he has been nothing short of mesmeric for Toulouse in 2020, embarrassing Jacob Stockdale on multiple occasions.

He will need to be at his very best to dominate the Lions in 2021, if the tour goes ahead.

Now known as the money man in world rugby, Japan’s latest superstar Beauden Barrett has been a constant threat on the pitch.

He completes a combined rugby team that no side could come near them.