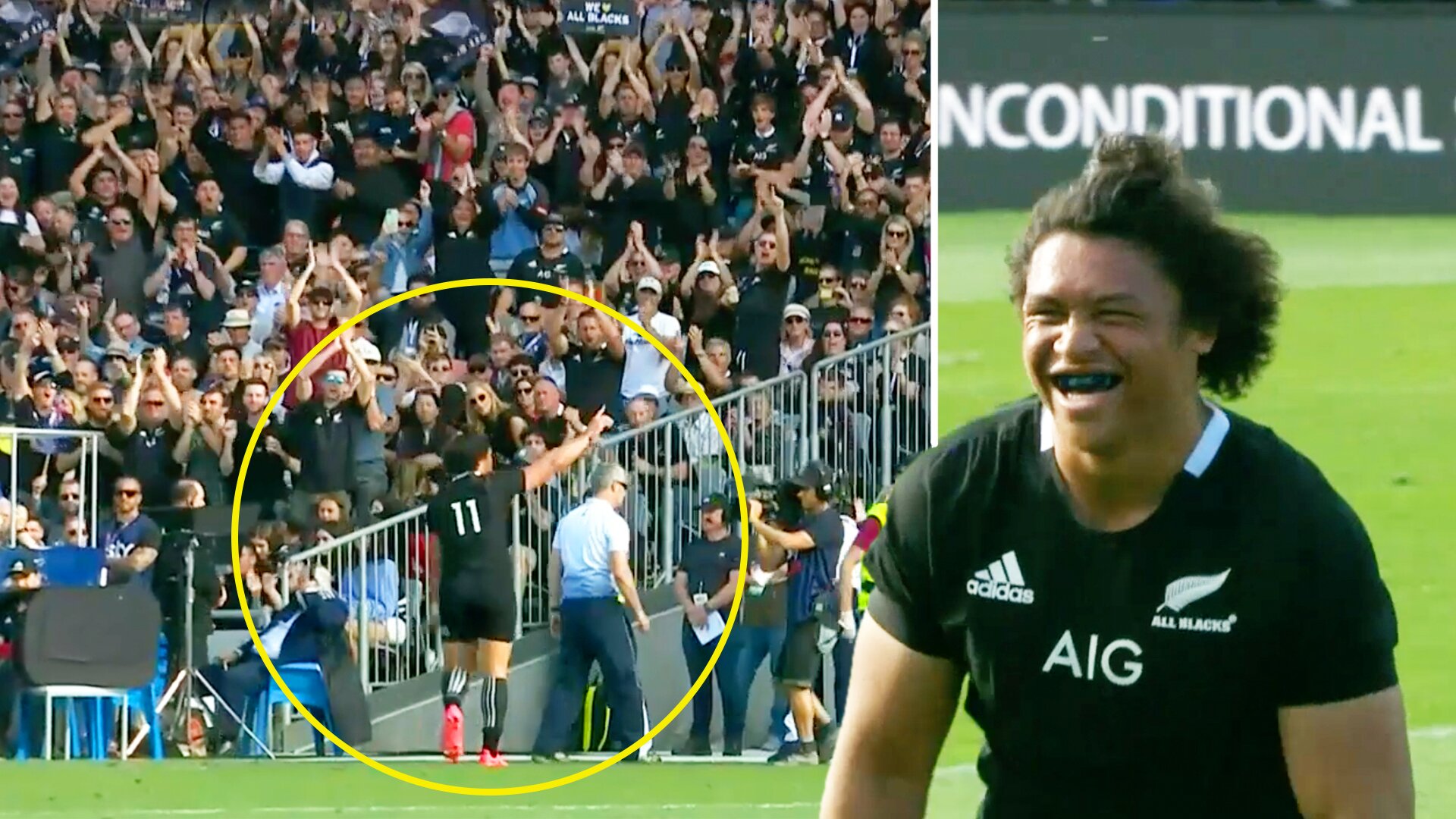 WATCH: The powerful moment that Caleb Clarke realises he’s getting a standing ovation at Eden Park

It’s the stuff of dreams. You’re 21-year-old, you put in a man of the match performance for your country and you leave the pitch to a standing ovation from thousands of adoring fans. That’s exactly what happened to Caleb Clarke in this weekend’s Bledisloe Cup clash.

The Blues winger put in a sensational solo performance against Australia which has critics and fans around the world raving about the hottest new name in rugby.

Clarke had been impressing crowds in Super Rugby Aotearoa over the summer with mesmerising performances for the Auckland Blues and that form seems to have carried across seamlessly onto the international stage.

A powerful moment came in the 67th minute of play as head coach Ian Foster made a string of changes to the side with the result all but guaranteed for the men in black.

As Damian McKenzie came on to replace Clarke, there was a beautiful moment as the 46,000 strong crowd rose in unison to give the 21-year-old a standing ovation as he made his way from the field of play.

We can see the emotion on the young winger’s face as he realises that the gesture is all for him after his sensational performance. Watch the powerful moment below.

Picture this. You’re 21-years-old. Living out your childhood dream to play for the AB’s. It’s your second test and you’ve just put in a world class performance and the crowd does this. What a moment pic.twitter.com/ppciOdyg1b

The rugby world was raving about this solo performance from Caleb Clarke on social media today with many likening the young back to New Zealand legend, Jonah Lomu.

This try was the standout moment from his performance at Eden Park.