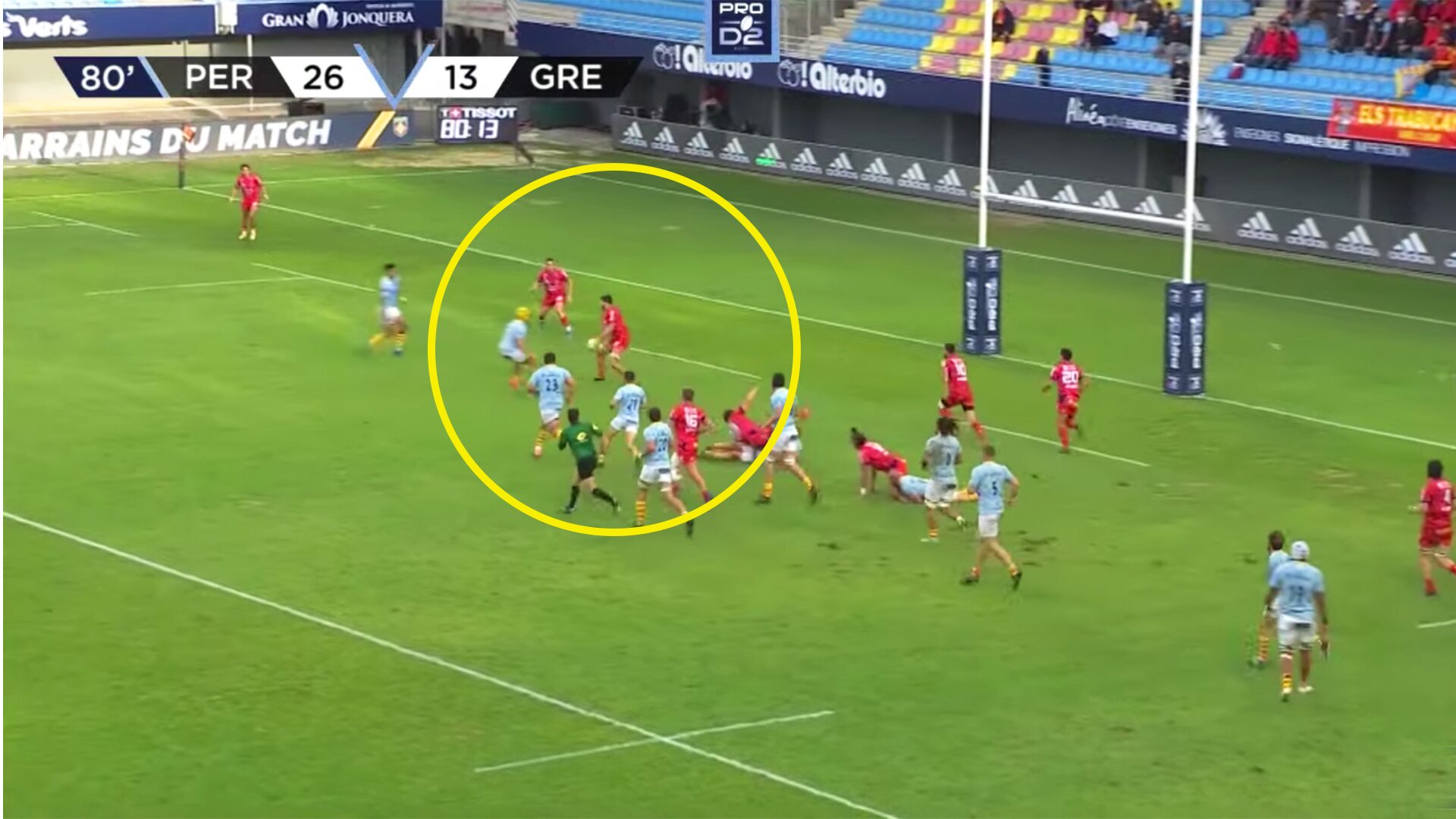 Fans were treated to this phenomenal score in the French Pro D2 as Perpignan hosted Grenoble at the start of this month.

Fans on social media were amazed at the free-flowing nature of this try as the hosts did anything to keep the ball in play in the last action of the game.

We see as they throw together pass after pass – not allowing the play to go dead before it bounces into the hands of a Grenoble player. Some of the handling and vision in this clip are simply mind-boggling.

Things start to get ridiculous from there. This is what French rugby is all about!

Watch the breathtaking score below…

Footage revealed that the Racing 92 forward cleared out the Welsh legend at a breakdown in the first half but appeared to have his arm around his neck as he drove through the ruck.

The 31-year-old then pushed Jones to the ground and followed through with his right forearm and elbow to the face of the Welshman.

Le Roux who was not penalised during the game as referee Karl Dickson and television match official missed the incident.

His disciplinary hearing is set to take place on Tuesday. Welsh skipper Jones refused to comment on the incident in the post-match press conference.