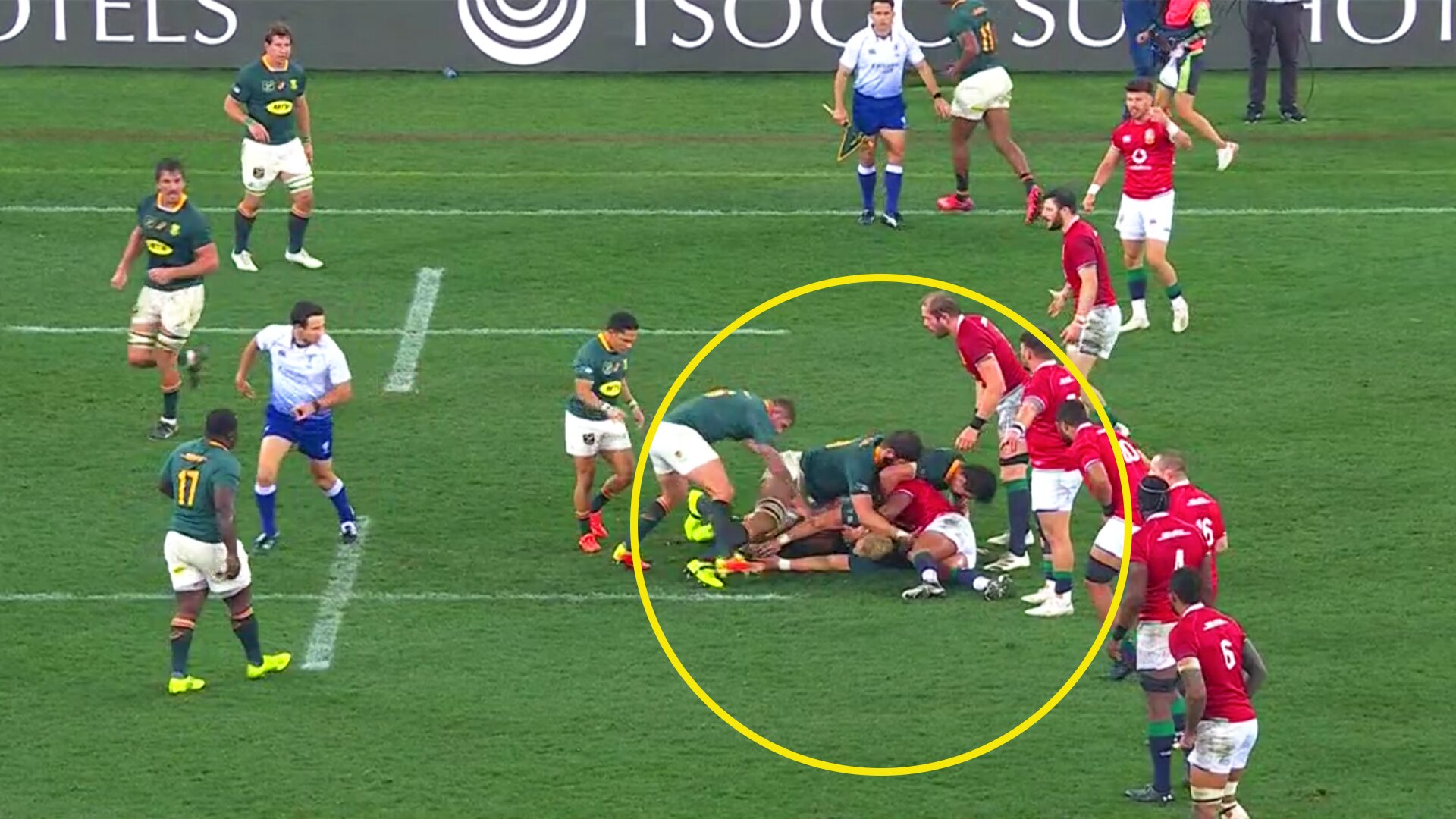 After a fiesty second test in Cape Town the Lions series is now level. Many players were under the spotlight with allegations of foul play – but Kyle Sinckler is the only player to have been cited.

Other incidents in the game that caused controversy were a Cheslin Kolbe tackle in the air, an alleged Stuart Hogg bite and Maro Itoje leaning on a player’s neck with his knee.

But it was this incident alone that led to a ban.

We see as in the 64th minute of play, Kyle Sinckler is deemed to have sunk his teeth into Springbok player Franco Mostert.

watch the shocking moment in the video below

So this was the moment Sinckler bit Mostart. No idea how this was spotted. Presume bite marks on the Springbok forward? pic.twitter.com/TYgI7htCy2

What do we make of this?