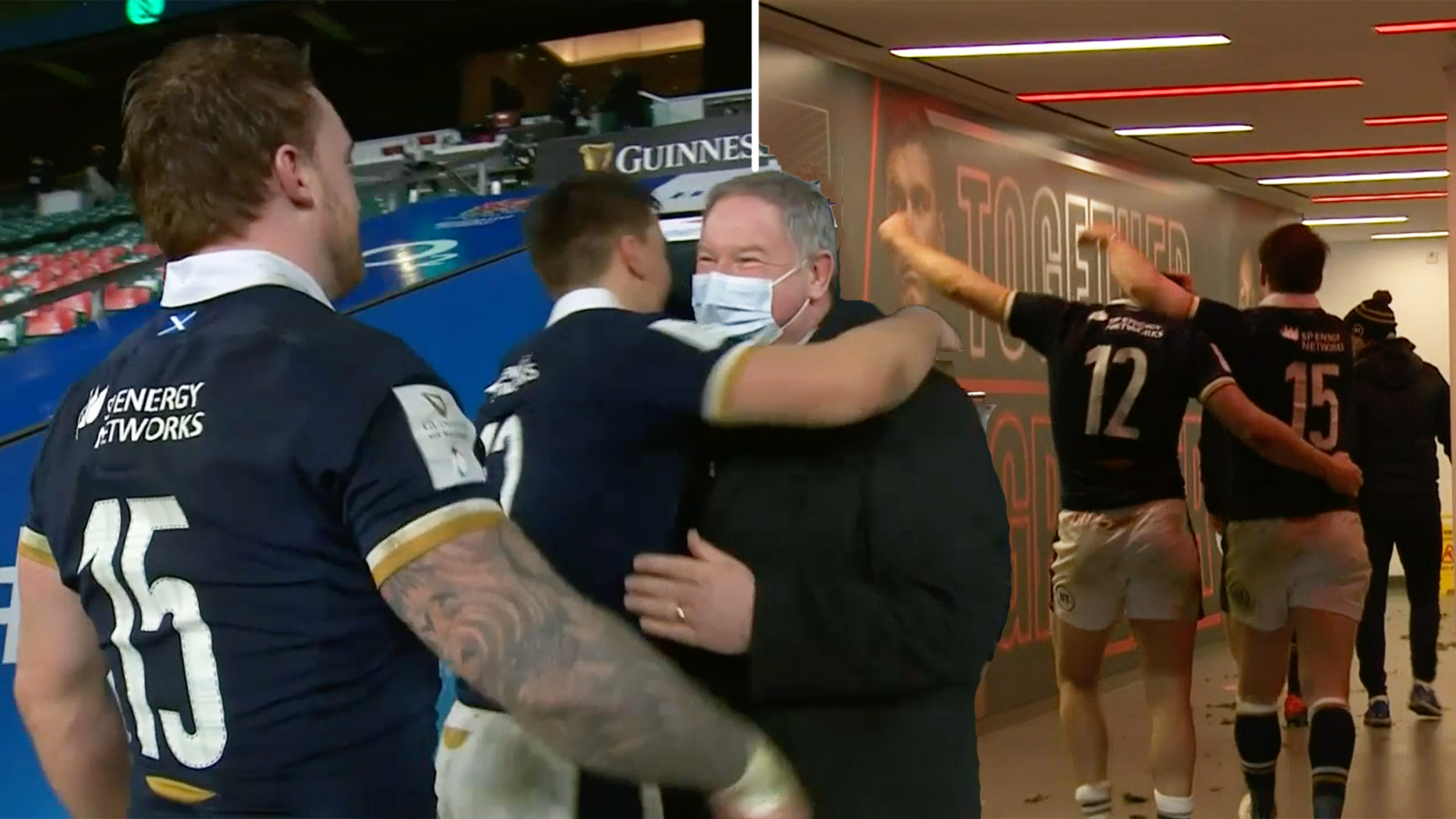 Scotland have sensationally beaten England with a stunning 6-11 win over the auld enemy at Twickenham.

It’s the first time they’ve recorded a win at the home of English rugby in 38 years and fans have been lapping it up on social media.

One interaction from moments after the famous win is going viral online.

The Scots had the upper hand in much of the clash at Twickenham in what was an attritional affair.

All eyes had been on 21-year-old Cameron Redpath as he made his international debut, weeks after having switching allegiances to England.

Wow! @camredpath – plays every England age grade BUT in debut vs England – 1st half in almost every play, mentioned in MoM consideration, THEN win for first time in 38 yrs at Twickers – in opener!
Talk about a strong start – VERY much at home!!! If Carlsberg did debuts 💪😎👍!!!! pic.twitter.com/vpqhoGYM4m

There was one moment in the aftermath that caught the eyes of fans on social media, we see as the Scotland players celebrate together in the ground before moving on into the changing rooms.

Stuart Hogg embraces an as of yet unknown man with Scottish centre Cam Redpath before being told of a different result in the sporting world that day.

‘And the Hibs won?!’ @StuartWHOGG_ was happy with that one 👏 pic.twitter.com/9V5QmMb9oG

Fans were buoyant on social media after the shocking result with the Scottish side trending on Twitter. Here’s some of the reaction from the shock result.

When Scotland last beat England at Twickenham in 1983…

– Michael Jackson was riding high in the charts with Billie Jean
– Tootsie was a worldwide box office sensation
– Gregor Townsend was 9 years old
– none of the Scotland team were born pic.twitter.com/rlcFLdhGP2

“It was only rugby though”

“But it was against England” pic.twitter.com/LMHY5f7Ggn

Six Nations rugby at its best today. Passion, pride – and the best team on the day winning. Well done Scotland.