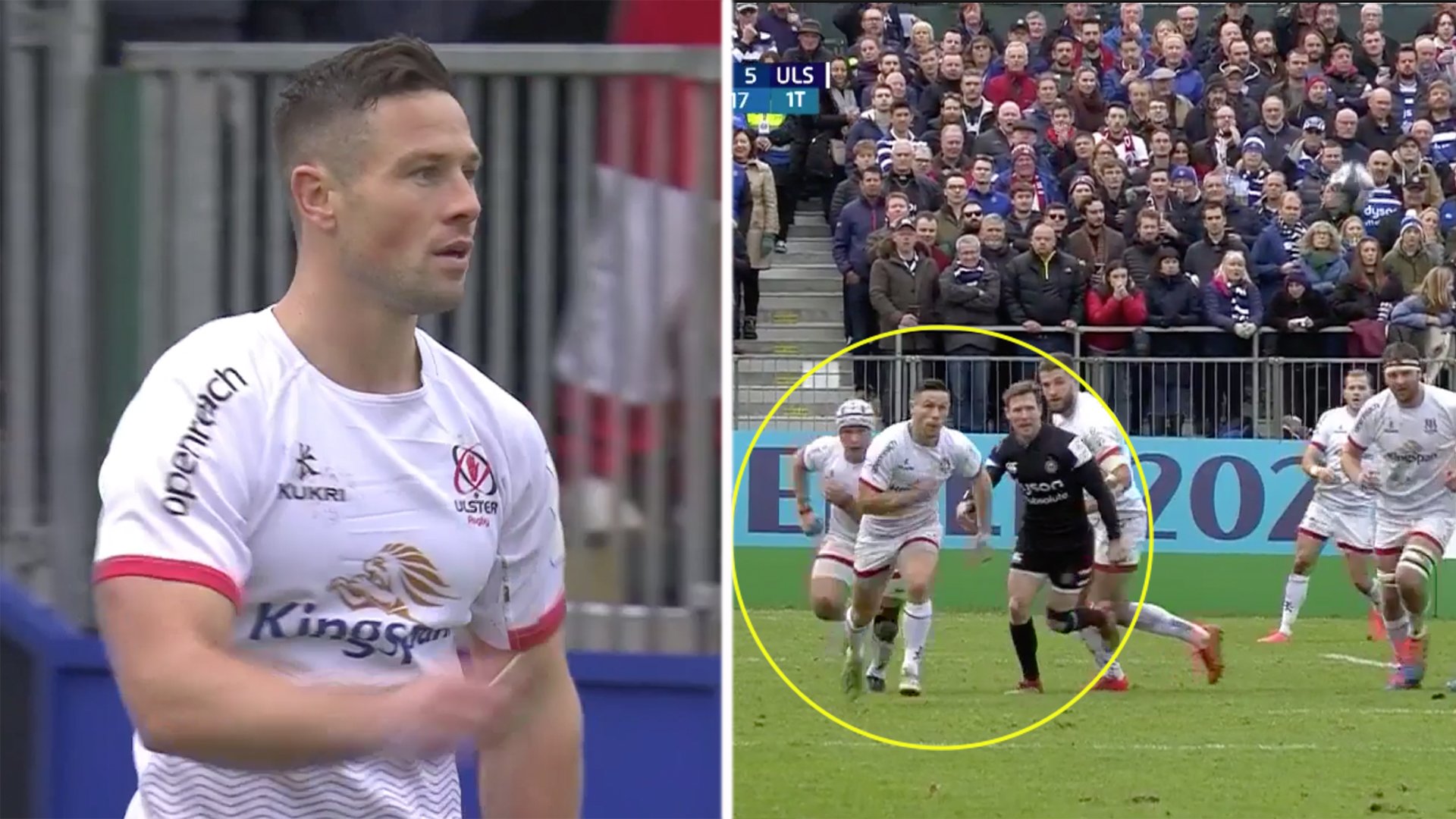 It appears the reign of Conor Murray and Johnny Sexton as 9 and 10 for Ireland could very well be over after this spectacular performance from Ulster scrum-half John Cooney at the weekend.

Ulster dispatched of Bath with a last-minute tackle from Ulster winger Jacob Stockdale which sealed the win for the men from Kingspan.

What amazed us was the try that Cooney scored for Ulster in the first half, and it displayed something that Ireland was woefully missing at the World Cup.

Cooney was disappointed to not make the World Cup squad in the 2019 Rugby World Cup.

From watching the performance from Cooney at the weekend, it became apparent pretty quickly of the threat that this man had from his speed alone.

Conor Murray in his prime was known for controlling the game, and his turn of speed made him a threat. Murray seems to have lost that speed that made him so dangerous and that was painfully obvious at the Rugby World Cup.

Ireland would have killed for this kind of instant attacking threat at the World Cup against the likes of New Zealand and Japan.

Many will still obviously back the likes of Murray and Sexton because they are still World Class players, but Cooney is without a doubt ahead of him given his recent performances for Ulster.

Look at this try here from John Cooney in the Champions Cup against Bath.

The speed of the man and the danger that he poses. He’s been doing this for two years!

Honestly, watch this video and tell us that you think Conor Murray is more of a threat than this man in the Ireland team. We think Cooney was robbed of a World Cup spot anyway but this takes it to another level.