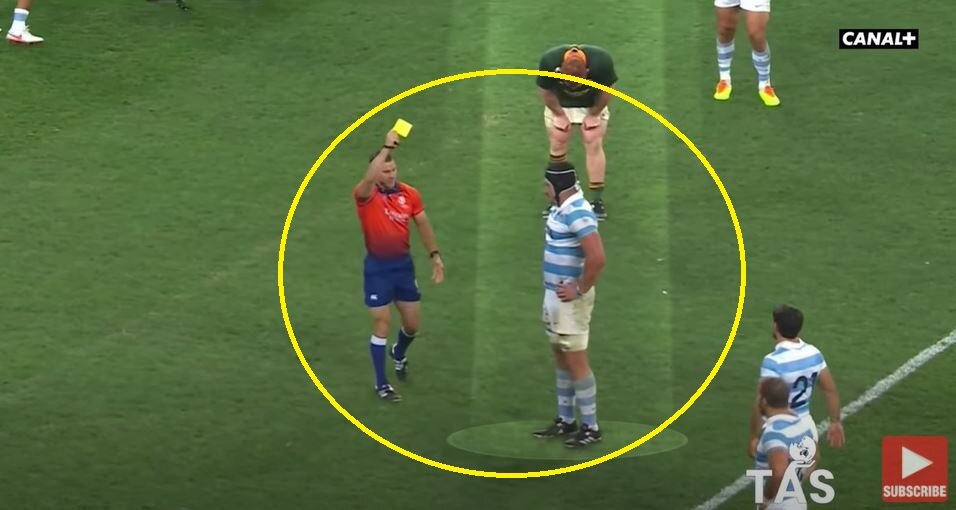 What exactly did Argentina lock Tomas Lavanini do here, other than legitimately tackle Handre Pollard?

The truth was the Springboks were scared that Lavanini would be allowed dominant Eben Etzebeth again, like he did every single time he has played him.

They had to get him off the field to cool off.

This incident reminds us of the era when you weren’t allowed to tackle Dan Carter – as both Bismarck du Plessis and Ma’a Nonu found out.

Lavanini was first capped by the Pumas in 2013 and has since become a key member of the Argentina pack, earning 47 senior caps to date. He has previous experience of European rugby having played a season at Racing 92 in the Top 14 and is currently playing for the Jaguares in his home country.

When he left Tigers, Tigers head coach Steve Borthwick said of Lavanini: “We thank Tomas for his contribution to the club during the past two seasons and wish him well in his next chapter in French rugby.

“He has been a part of the beginning of this new chapter at Tigers and we are grateful for his efforts on and off the pitch in helping us build the foundations for our future.

“We are confident in the depth we have built up in our second row and forward pack here in Leicester to take us into the future and Tomas has played a part, as a senior, experienced player in working with the young locks coming through the ranks.”

“But we stuck to our game plan and we built on the scoreboard; I wished we could have capitalised on the opportunities we created. But we made mistakes in lineouts and they defended well; they were a very different team to the one we played last week.”