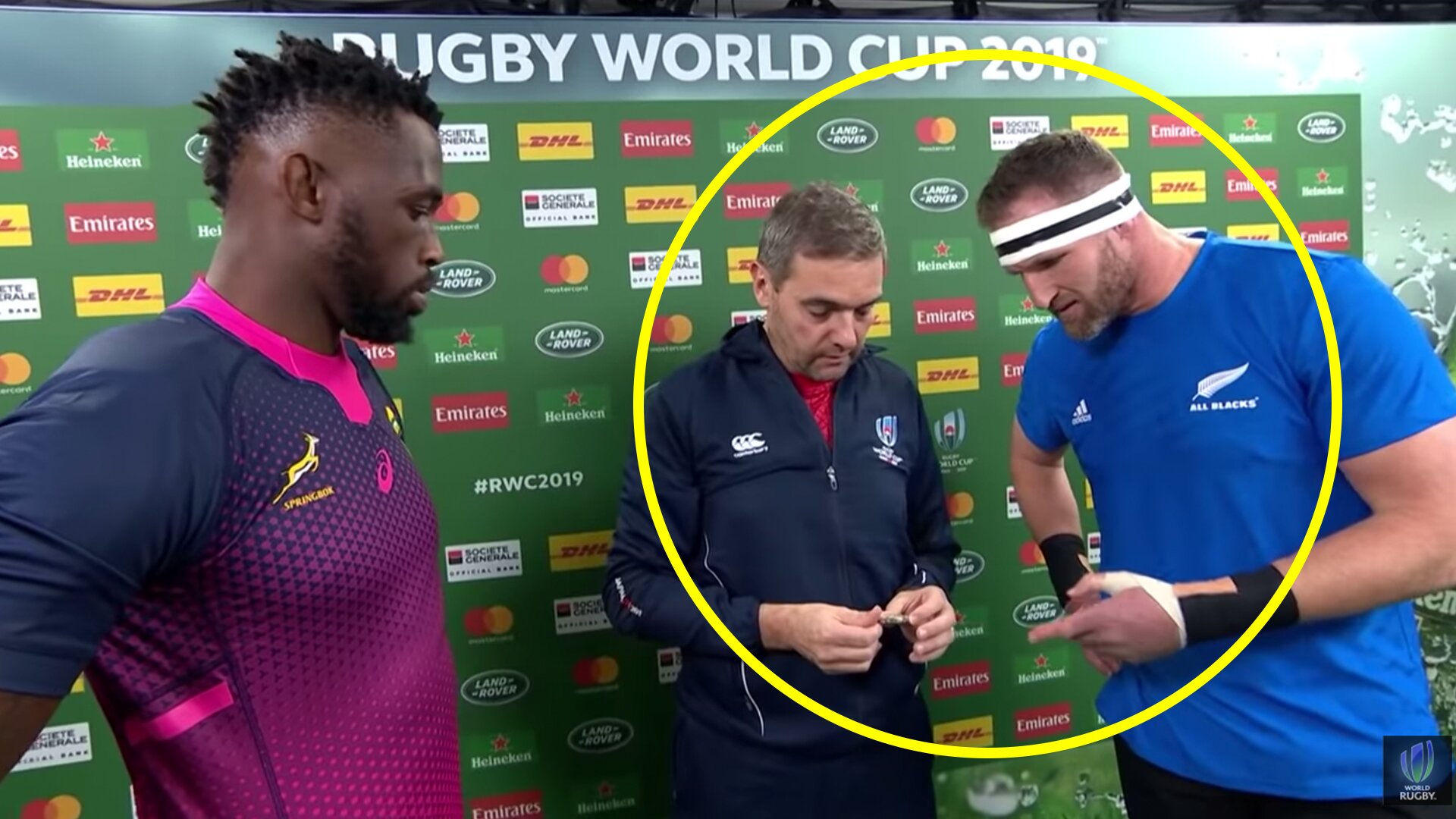 Shocking new footage has revealed a possible scandal among the 2019 Rugby World Cup and the Springboks. Footage from the opening match between South Africa and New Zealand shows officials seemingly trying to help the Springboks gain an advantage.

We were tucking into our evening cup of Horlicks last night, when a viewer sent us a video which was quite odd. It shows apparent footage of a supposed mix up with rugby captains Kieran Read and Siya Kolisi as they did the coin toss before their opening World Cup match.

We think it runs deeper than that.

The clip itself comes from a full match stream which World Rugby hosted on their YouTube channel.

The video shows the build-up to the game, including the coin toss.

What we saw next made me barf into my mug.

During the coin toss, All Black captain Kieran Read clearly calls heads before the toss. The coin then lands on heads. Rugby referee Jerome Garces then instantly gives Springbok captain Siya Kolisi the win on the toss despite this. Kieran Read, noticing the mistake, had to call out the French referee on his blunder, who after being seen to be caught out continued to give Kolisi the choice of sides.

We are sure that this will rock the rugby World to it’s very core, but we felt we had to expose this injustice in our sport.

Could the officials be on side with South Africa? Could Rassie have slipped Jerome a Rand or two before the coin toss? We knew South Africa wanted to establish an aerial dominance before the game and therefore winning the kick-off was pivotal. The Rugby World Cup was won by the Springboks but they lost this game to the All Blacks.

This certainly leaves more questions than answers here but we are certain that there will need to be some sort of Inquest into this incredible new evidence.

Here is the seismic clip during the Rugby World Cup which shows the Springboks getting preferential treatment.