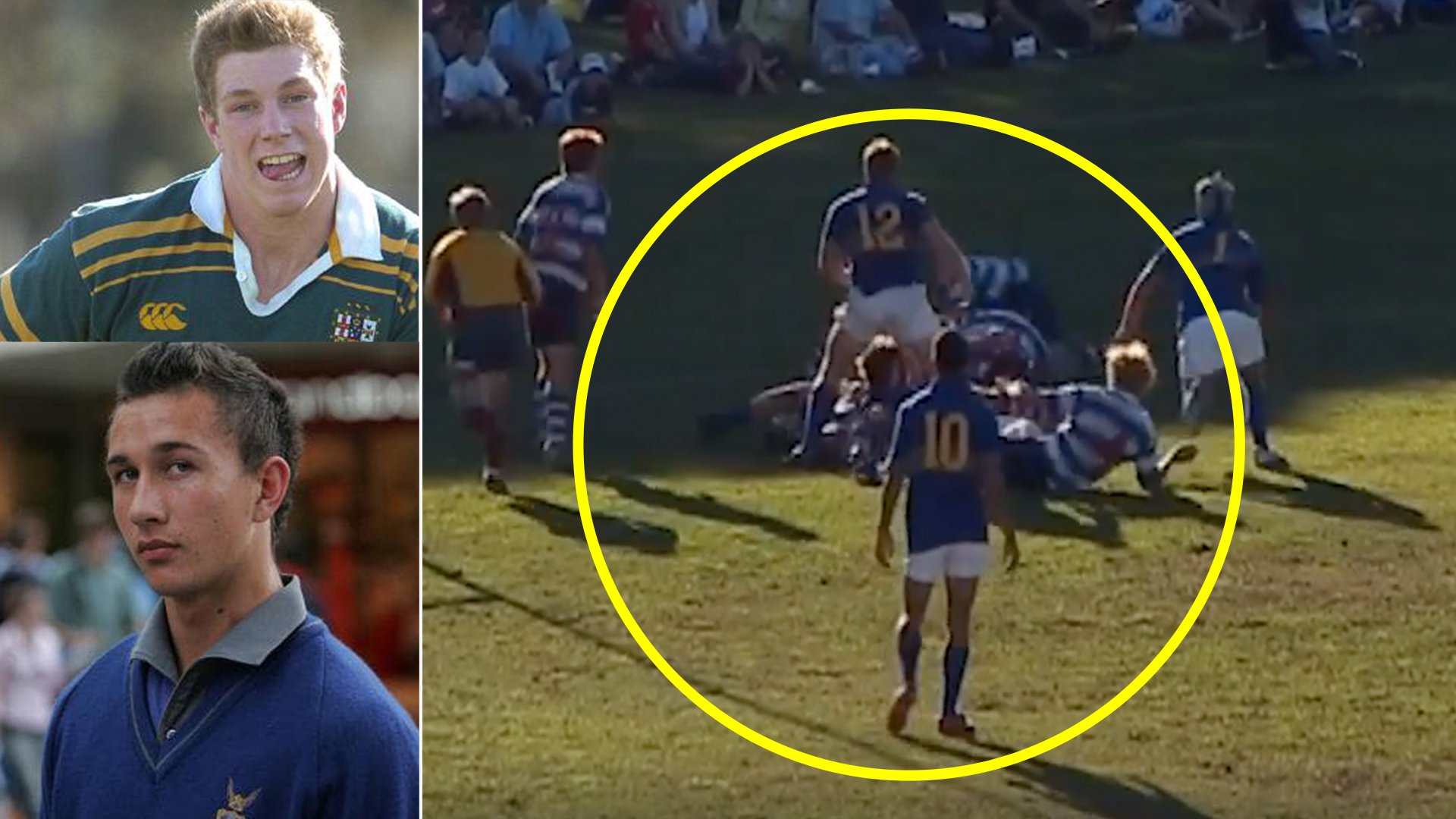 The footage was posted by GPS rugby on their social media channels last night and it shows a 17-year-old Quade Cooper playing for Churchie school, a breeding ground for rugby stars in Australia. Alongisde him is Australian captain David Pocock.

Quade Cooper plays at 10 and David Pocock at 12.

If the footage wasn’t impressive enough, it has emerged that Cooper played 10 and at 12 he had none other than Australian captain David Pocock!

The pair were known for the way that they teared up schoolboy rugby in Queensland.

We couldn’t even begin to imagine how deadly that pairing of rugby players would be! We are now lucky enough to be able to show you footage of the youngster in action.

We are also able to show you the video of David Pocock playing at 12 alongside him in the video at the very bottom of this article!

Here is the footage that we are going to show you. It shows a 17-year-old Quade Cooper tearing up against other young players for his school with David Pocock running insane lines battering everything in his wake.

This was an unstoppable combination!

The footage is brilliant to see as it shows that Cooper has always had that incredible skill that has made him one of the best rugby players on the planet today!

There was also footage that we managed to find online showing a young David Pocock playing at centre alongside Cooper.

The dream schoolboy pairing was simply devastating for Churchie, leaving no players behind in their domination of the GPS Australian rugby competition.

Here are the highlights of David Pocock and Quade Cooper playing schoolboy rugby together!

Check out some of the hits they put in!