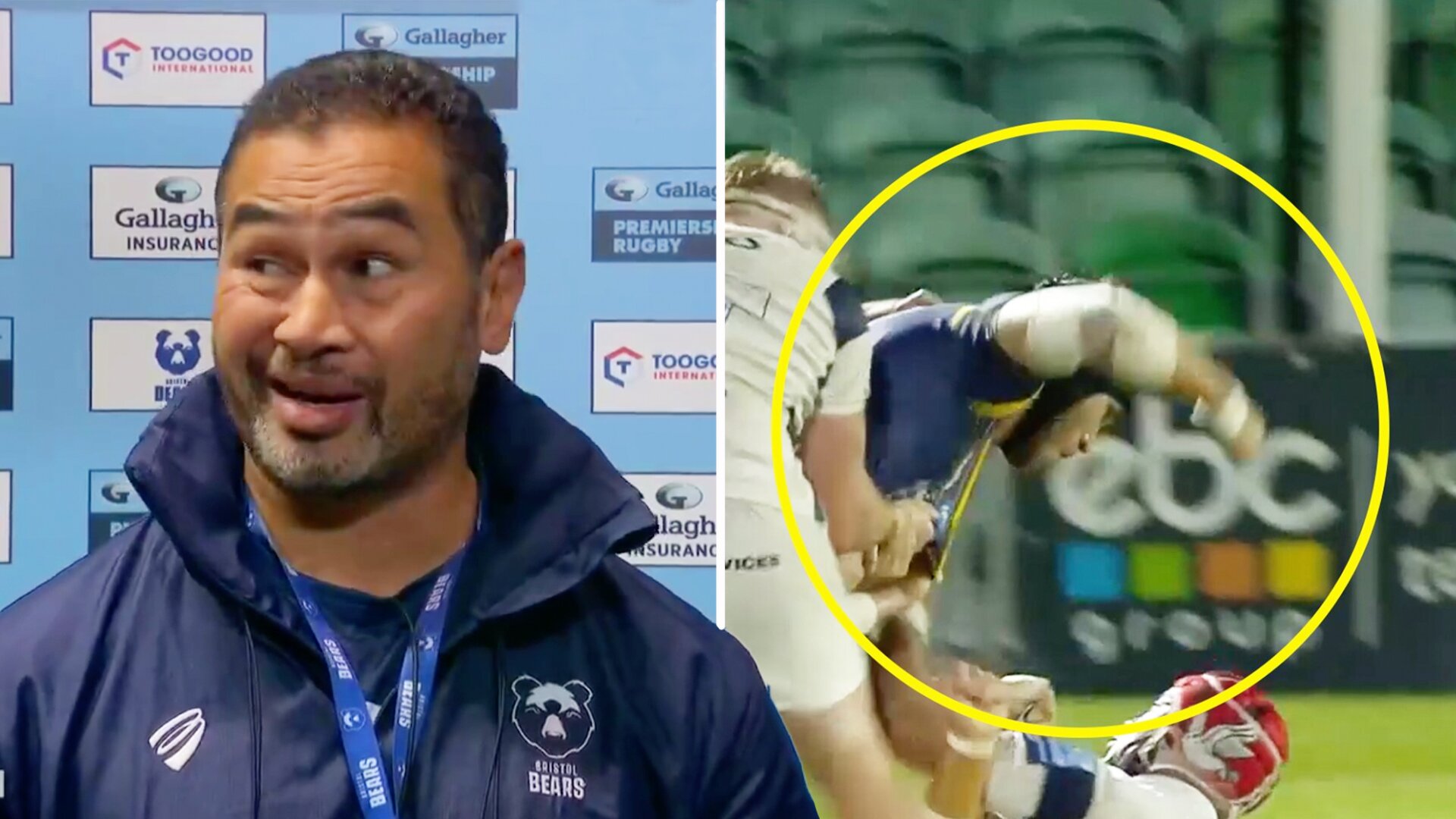 After the news broke that his player, Siale Piutau, was to be handed a three-match ban for fighting last week – Lam wanted to air his opinion on the matter for viewers at home. It’s fair to say, he wasn’t a happy man.

On Monday night, Siale Piutau of Bristol underwent a trial for a fight with Worcester lock, Andrew Kitchener, that occurred last Friday during their Gallagher Premiership clash.

Both players were handed three-match bans for the controversial confrontation that saw a red and yellow card being shown. Here is the video of the fight in question below.

Nasty scenes at the end of WorcvsBri tonight. Andrew Kitchener sees red for some tasty right hooks. He played really well, shame it ended like this pic.twitter.com/IzqosRJEaX

Earlier in the week, Piutau and Kitchener learnt the fate of their judiciary hearing with both players being handed three-match bans.

Pat Lam was asked to comment on the punishment last night before the game against Saints and he insisted that he give his views post-match on air. He certainly rattled a few cages.

Fans were. divided on the Bristol coaches sensational rant from last night.

Finished a 13hr shift and come home to Pat Lam offloading some thoughts.

Not holding back is he. Have they told him Bristol won?

Yes Pat Lam! Who doesn’t want to play for a guy who speaks common sense and stands up for his players! @BristolBears 👏🙌👏

Pat Lam going in on the Gallagher Prem judiciary review, 100% accurate from him tbf

Wow! Pat Lam comes out swinging (excuse the pun) at the disciplinary procedure! Rarely see an interview like that.

Here is the sensational post match interview from Pat Lam as he slams the judiciary processes that players have to face. Have we ever seen a manager this animated in front of the cameras?

“You’ve got to have self-defense. You should be able to defend yourself if someone attacks you lie that.”

“Things have got to change…” pic.twitter.com/8q9xCbhLy2

It wasn’t just the fans that were having their say on Pat Lam’s bombshell interview.

BT Sport pundits Lawrence Dallaglio and Ugo Monye both had differing opinions on the situation as we see here in this clip taken after last night’s Premiership clash at Ashton Gate.

“I think it’s appalling. We need the judiciary process to make sense and at the moment it doesn’t.”@dallaglio8 and @ugomonye reflect on Pat Lam’s comments… pic.twitter.com/YUPPngEAfO

What are your thoughts? Do you agree with what Pat Lam had to say or was he crossing the line?