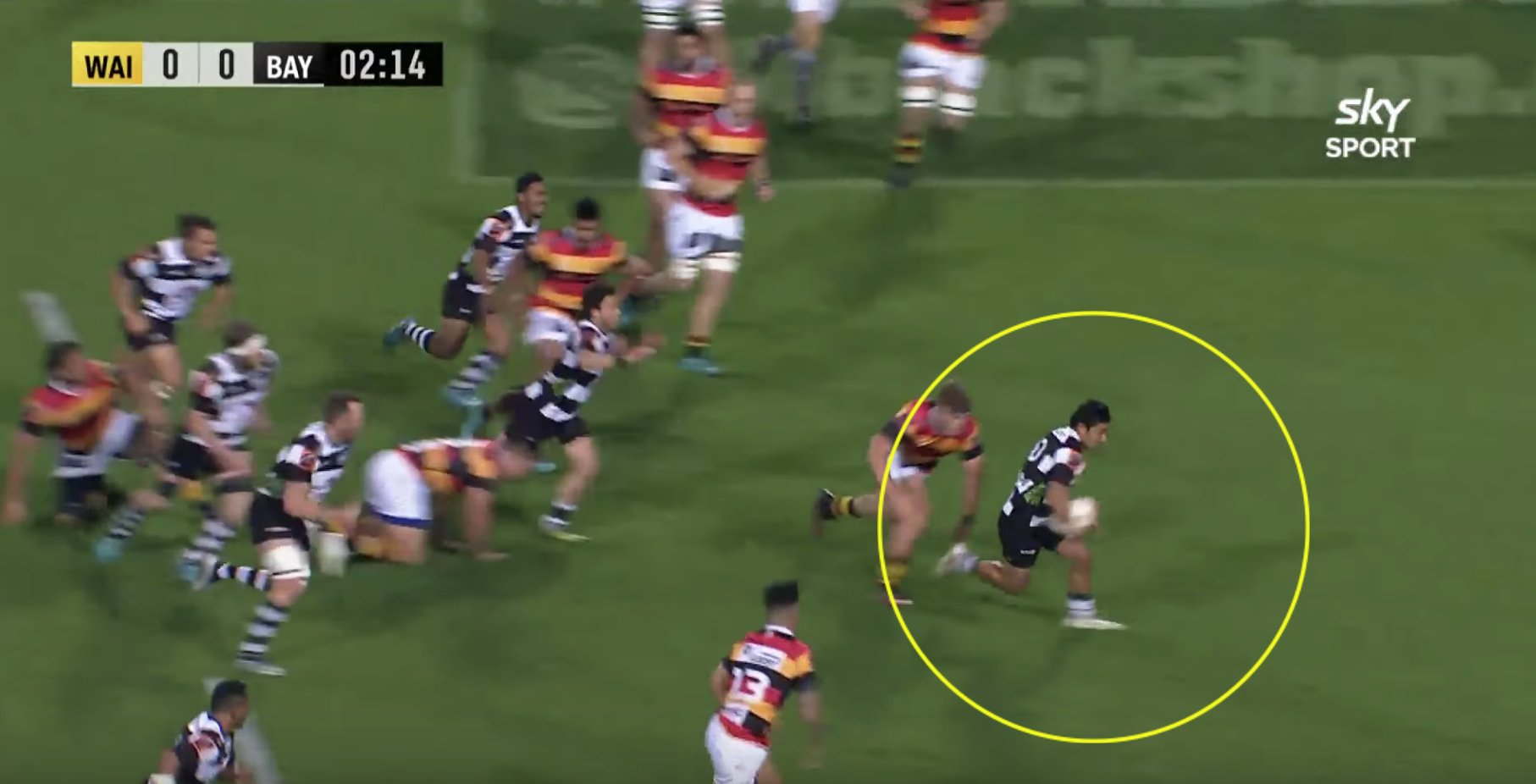 A fly-half for Mitre 10 Cup has scored a fantastic try for his team Hawke’s Bay as they ran out narrow winners against Waikato last night.

The 10 for Bay is called Lincoln McClutchie and he had made a name for himself as a player with a RIDICULOUS amount of attacking nouse.

Look at the run here at the start of this video, the defenders are all trying their hardest to hold onto him but he somehow slips through all of them.

The defenders in this video can’t really be blamed for having poor defence either in this case. A video was made on McClutchie a few years by YouTube channel, “The Waterboy” and it was evident that he was going to be a talented player that could beat multiple defenders even back then.

There’s surely plenty more to see from this guy in the future.

In other news: Munster team named to face London Irish in pre-season game

Tickets for the game are available at munsterrugby.ie and will also be available on the gate.

Eight Greencore Munster Rugby Academy players are named with John Hodnett, Keynan Knox and Alex McHenry set to make their first starts for the senior side.

Out-half Tyler Bleyendaal captains the side and is partnered in the half-backs by Neil Cronin.

Darren Sweetnam starts for Munster at full-back for the first time, as Calvin Nash and Coombes start on either flank with Dan Goggin and Alex McHenry forming the centre partnership.

Jeremy Loughman, Kevin O’Byrne and Knox start in the front row with Darren O’Shea and Fineen Wycherley in the engine room.

Jack O’Donoghue, Hodnett and Gavin Coombes complete the side.