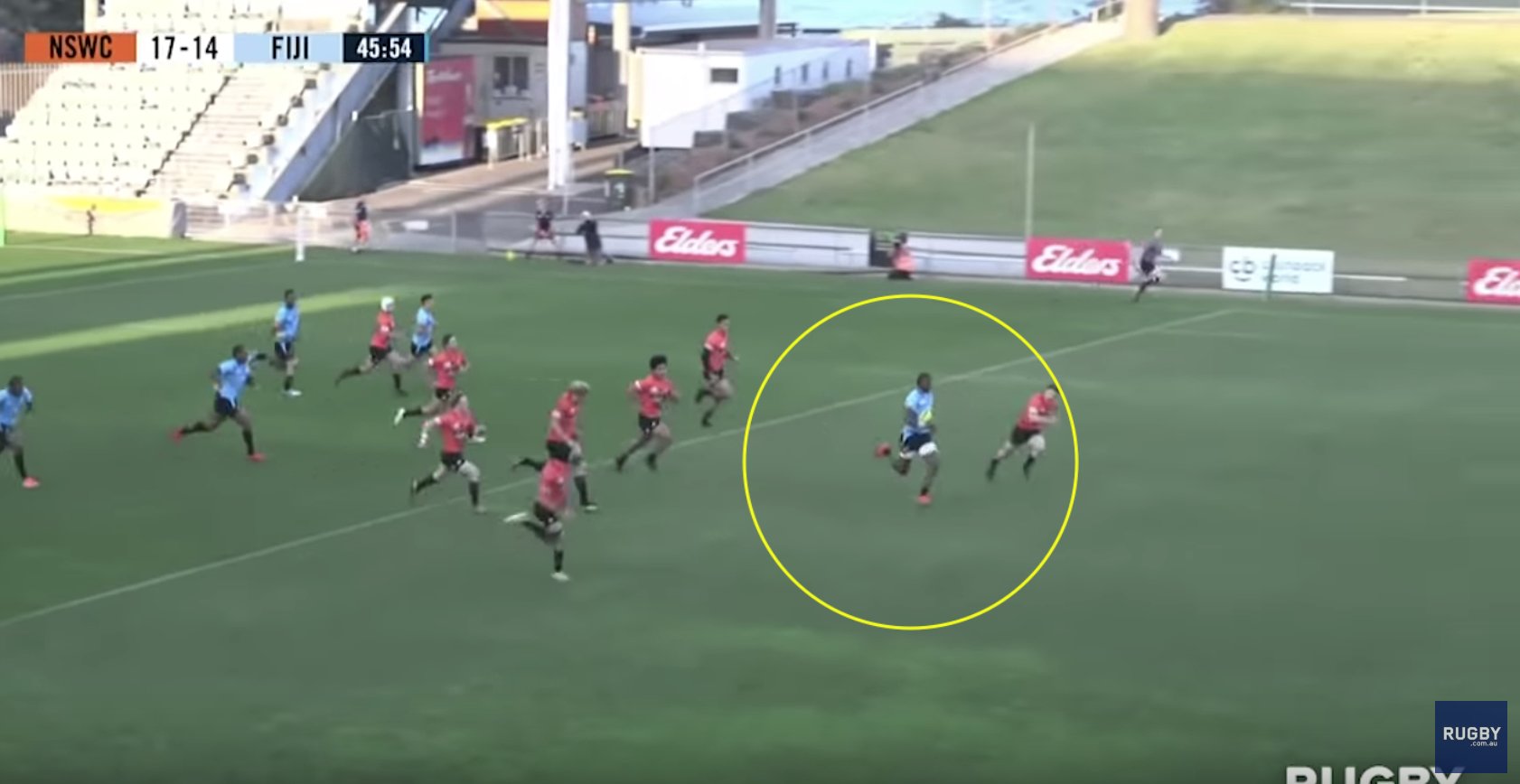 What a fantastic try this was from Fijian Drua, and just look at the kick that was made to set it up!

Fijian Drua took on NSW County this week in the NRC, ending narrow losers to the team from Australia. However, the real big moment of the match was when the Fijian side scored a scintillating try from their very own half. The ball became lose in the middle of play, but to everyone’s surprise, the Fijian centre decided to punt the ball to the winger across the pitch from the floor.

It’s quite hard to describe exactly what happened so we thought it would be best to show you the clip ourselves.

In other news: David Denton retires at 29

Scotland international Denton made a big impression at Tigers after his arrival at Welford Road in the summer of 2018 but has not played since suffering a head injury in the win over Northampton Saints at Twickenham in October 2018.

After extensive consultation with medical experts and working closely with the Tigers’ medical team, the Zimbabwe-born Denton has now been advised to end his professional playing career.

Denton said: “It is massively disappointing to now know I won’t be able to continue to play a game I love.

“I was very keen to make an impact after settling in so quickly at Leicester last season. But long-term health has to come first. I’ve spoken to some of the leading experts in this kind of injury and in the end I have had to put myself, my family and my health first.

“I’d like to thank everyone who has helped me along the way, from when I first picked up a rugby ball back home in Zimbabwe, through my professional clubs at Edinburgh, Bath and Worcester, the Scotland international set-up and everyone at Tigers.”

Denton won the first of 42 caps for Scotland in the run-up to the 2011 Rugby World Cup and was signed by Tigers in the summer of 2018 as an aggressive ball-carrier and physical defender but he had made only six appearances – winning the season’s opening Player of the Month award – before his injury.

Tigers head coach Geordan Murphy said: “It is incredibly bad news for the club and, obviously, for David that he is unable to continue playing.

“He was seen as a key part of the squad here and we were looking forward to seeing him continue to develop in the future.

“We are all involved in rugby because we love playing the game, but sometimes that has to take second place to other priorities and Dents has been advised to retire for the good of his own future and that of his family.

“He will always be welcome here and, on behalf of everyone at the club, we thank him for his service, and we wish him and his family well for the future.”