Ellis Genge responds to an old video of one of the most devastating breaks that he was involved in, in the Heineken Champions Cup.

Someone posted a video of his barnstorming run on Instagram this week. It shows just how dangerous the Leicester Tigers captain can be when he is at full speed.

Ellis Genge is now one of the top props in world rugby. His power combined with his explosive speed makes him one of the most dangerous players on the planet in Rugby.

Here is footage of the sensational run that he made against Racing 92 back in 2018.

It could be argued that this run put him on the rugby map, it was that good!

The young front row is very vocal on social media and he is not afraid to respond to his fans and his critics.

Ellis Genge responds in turn to this video appearing on Instagram, with his very own response in typical Ellis Genge fashion.

Many will find this response very funny. 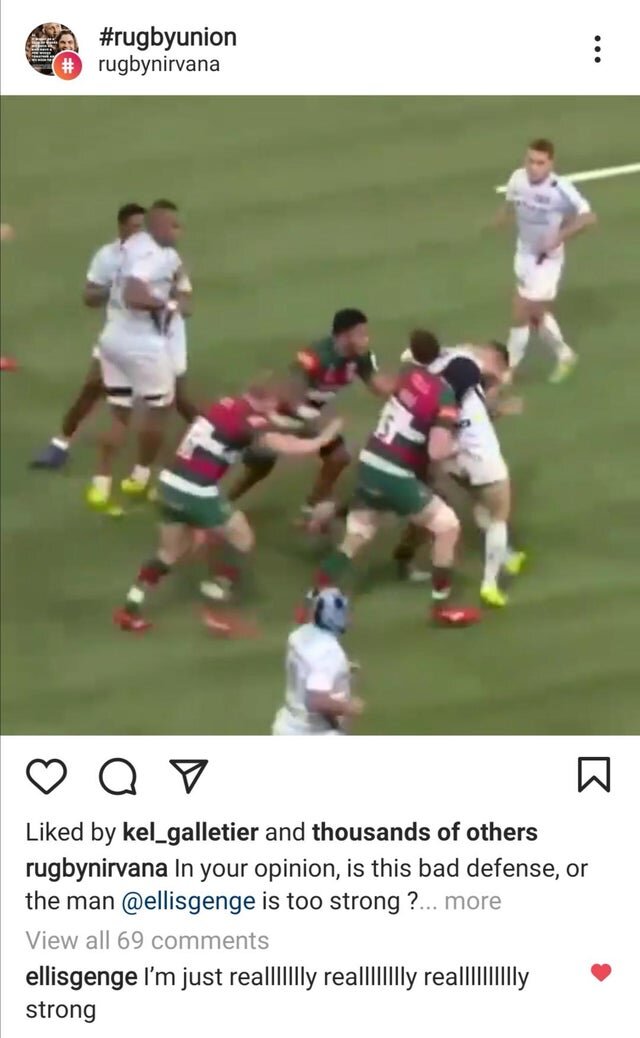 The 26-year Old prop is one of the first names on the teamsheet for England rugby. There have been question marks over his temperament in rugby. There is also a famous clip of him winding-up Kyle Sinckler in the Gallagher Premiership.

Ellis Genge is now one of the most highly rated front row players in the world, with rumours that there is a massive amount of interest for him from many French rugby sides.

Stone Genge was a Number 8 before he made his move to the front row.

The England man is so effective playing at 8 that you have to ask yourself – could he have made it to being a capped international player if he’d chosen the back row? This video certainly suggests he could have!