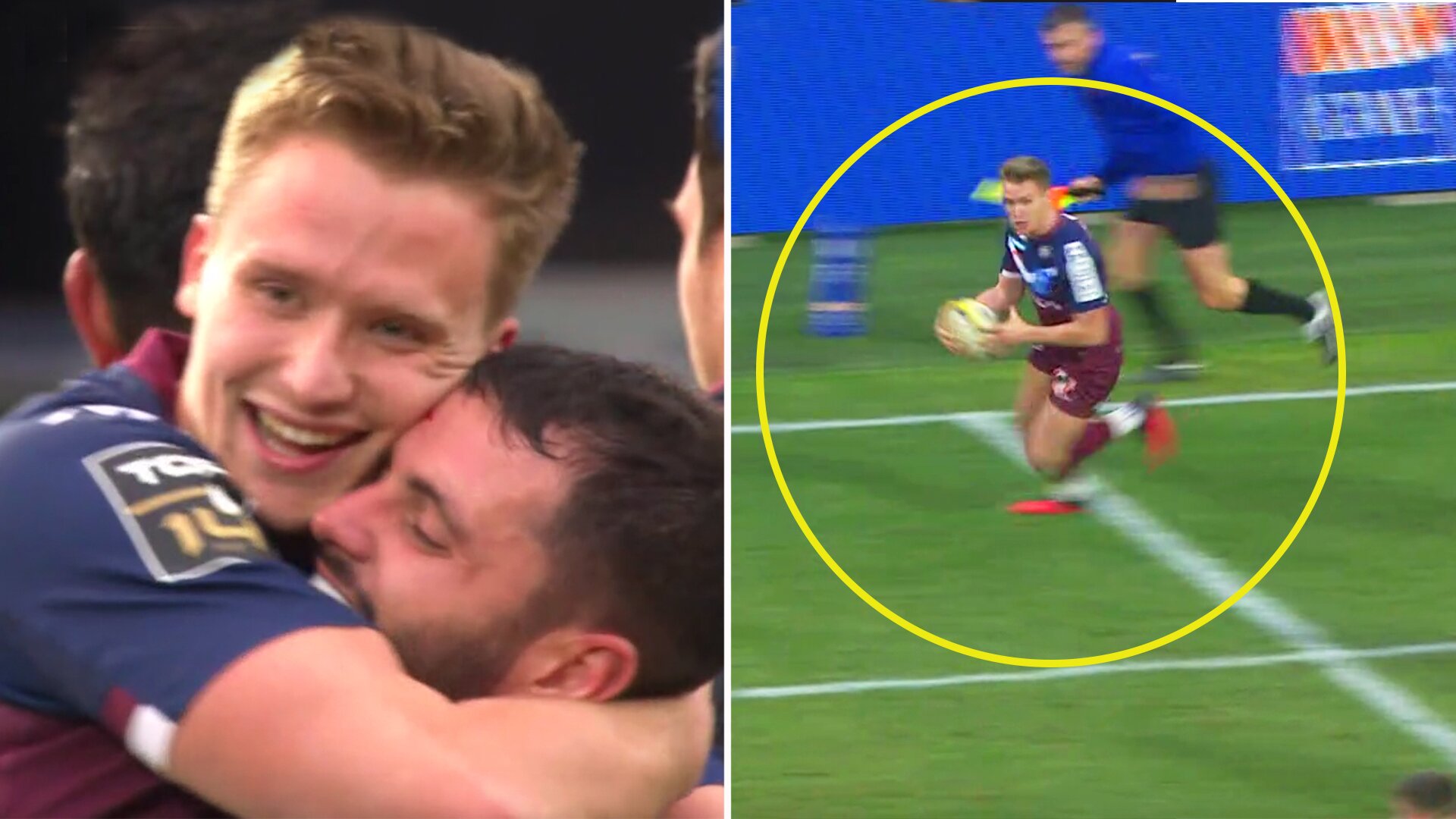 It’s been a long time since we’ve seen a talent come through who has excited us this much.

Today saw the emergence of 20 year old Nathanaël Hulleu who came off the bench for Bordeux against Clermont.

Within the space of half an hour, the unknown wonder kid had single-handedly won the match for his side. The internet has been going into overdrive in the last few hours with fans desperately trying to learn more about this new French phenomenon.

Hulleu came on as a replacement for Bordeux in the 53rd minute. Within less than five minutes, he did this.

The match was fierce, with only a few points separating the sides – as the game went into overtime, Bordeaux needed a converted try to snatch a one-point win over Clermont. Step up Hulleu…

That incredible try was ruled out for a previous foot in touch by a Bordeaux player but that wasn’t enough from stopping the 20-year-old from getting on the scoresheet to seal the game for his side.

Watch the game-winning try in the video below.

High tackle? No problem, this was one special performance 👏 pic.twitter.com/kuPmYh4LXb

This was the slow-motion angle of this sensational finish that was checked by the TMO.

This finish from 20-year-old Helleu is outstanding!!!

And the easier of his two 👏 pic.twitter.com/aHUI47LNin

Fans on social media were raving about this new French star who had managed to turn the game on its head.

Have we seen such an assured solo performance off the bench before?