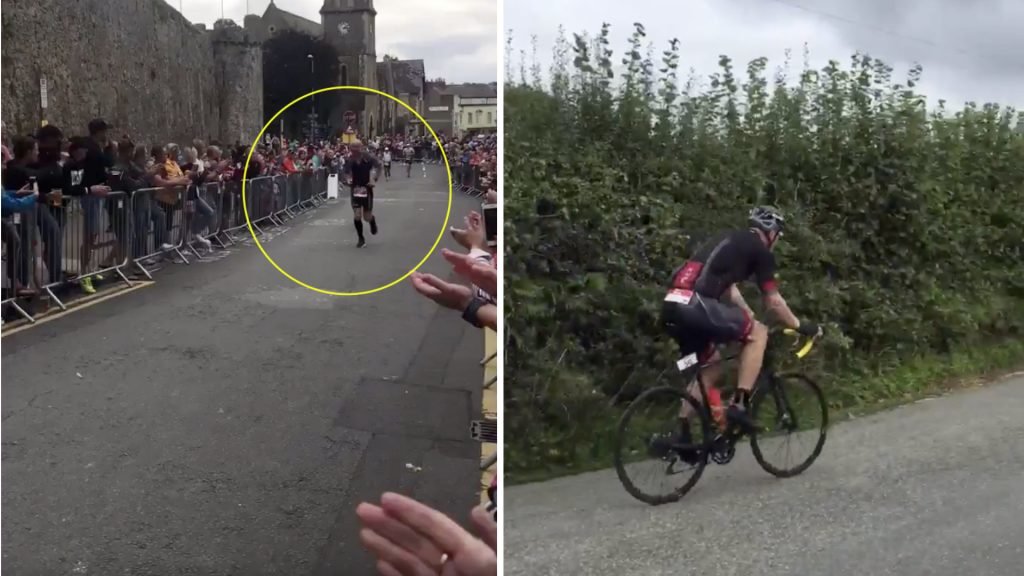 Gareth Thomas received a hero’s welcome in Wales just hour after his announcement that he has living with HIV.

Welsh full-back and all-around rugby legend Gareth Thomas revealed that he has been living with HIV after “going through hell” with blackmailers about his secret.

Today Gareth, who is 45-years-old competed in the Welsh Ironman Triathlon and he received a brilliant amount of support from the crowd at the event, as well as online where spectators of the event were uploading their supportive videos for him.

One video showed Gareth being cheered rapturously as he took part in his cycling section of the race.

Similarly, at the running section of the race, Gareth could be seen trudging along, surrounded by a wall of noise as the crowd urged him on.

It was also clear the Welsh public would get behind Thomas but it’s still great to see it on video.

Another post by someone on Twitter, conveys the kind of support the the Welsh legend has received since his announcement on Saturday.

Alfie so popular here at

. Out of T2 and on the run and still looking incredibly strong. Just the marathon to go and one step closer to becoming an IRONMAN

Thomas who came out as gay in 2009, is believed to be the first person in British sport to go public about living with HIV. The 45-year-old will be a pundit during the Rugby World Cup

.Thomas played his 100th and last Test for Wales in their infamous loss to Fiji in 2007 which saw the team crash out of the tournament at the pool stages. Thomas will be out in Japan, doing punditry, and surely will be hoping Wales will achieve World Cup success.

We hope to see Gareth competing in more tournaments in the future!