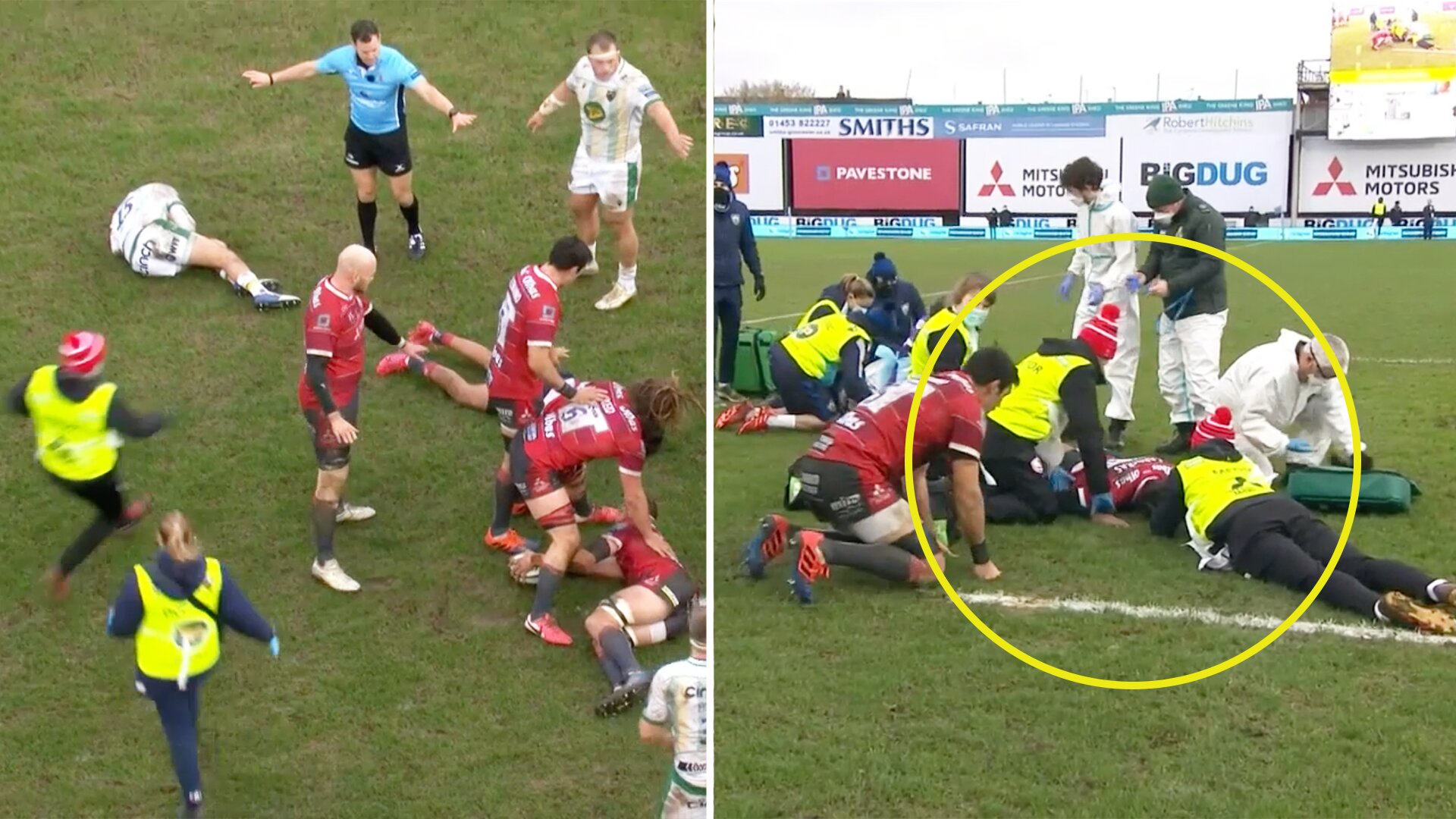 There were awful scenes at Kingsholm this afternoon after a head collision between George Furbank and Santiago Carerras in the Gallagher Premiership.

Play was halted just after the half-hour mark as the players both went up to contest a high ball in the game between Gloucester and Northampton Saints.

Fans on social media were describing this as the worst head clash they’d ever seen.

We see as the high ball is booted into the air for Furbank to leap up for.

The kick is chased by Gloucester winger Carerras who goes up to contest it in the air. Watch the horrific collision in the video below.

Both of the players got up before leaving the field of play. The sickening head clash had rendered both players unconscious immediately upon impact.

Here was some of the reaction from fans on social media.

That was one of the worst collisions I’ve seen.

Wishing Furbank and Carreras all the best.

One of those moments that you never want to see. A time to thank all the medical staff that are there each week – I hope both players are okay after that https://t.co/aIowl7pWti

2 players clash heads under the high ball. Both KO’d immediately, and further injured as they fell back to ground.

A casual reminder, that the “games gone soft” crowd can fuck all the way off.

Gopping head clash in @gloucesterrugby v @SaintsRugby , best wishes to both players for a speedy recovery and no secondary effects.

No news has been released as of yet on the condition of Furbank or Carerras – we ill keep you updated on the welfare of both players.