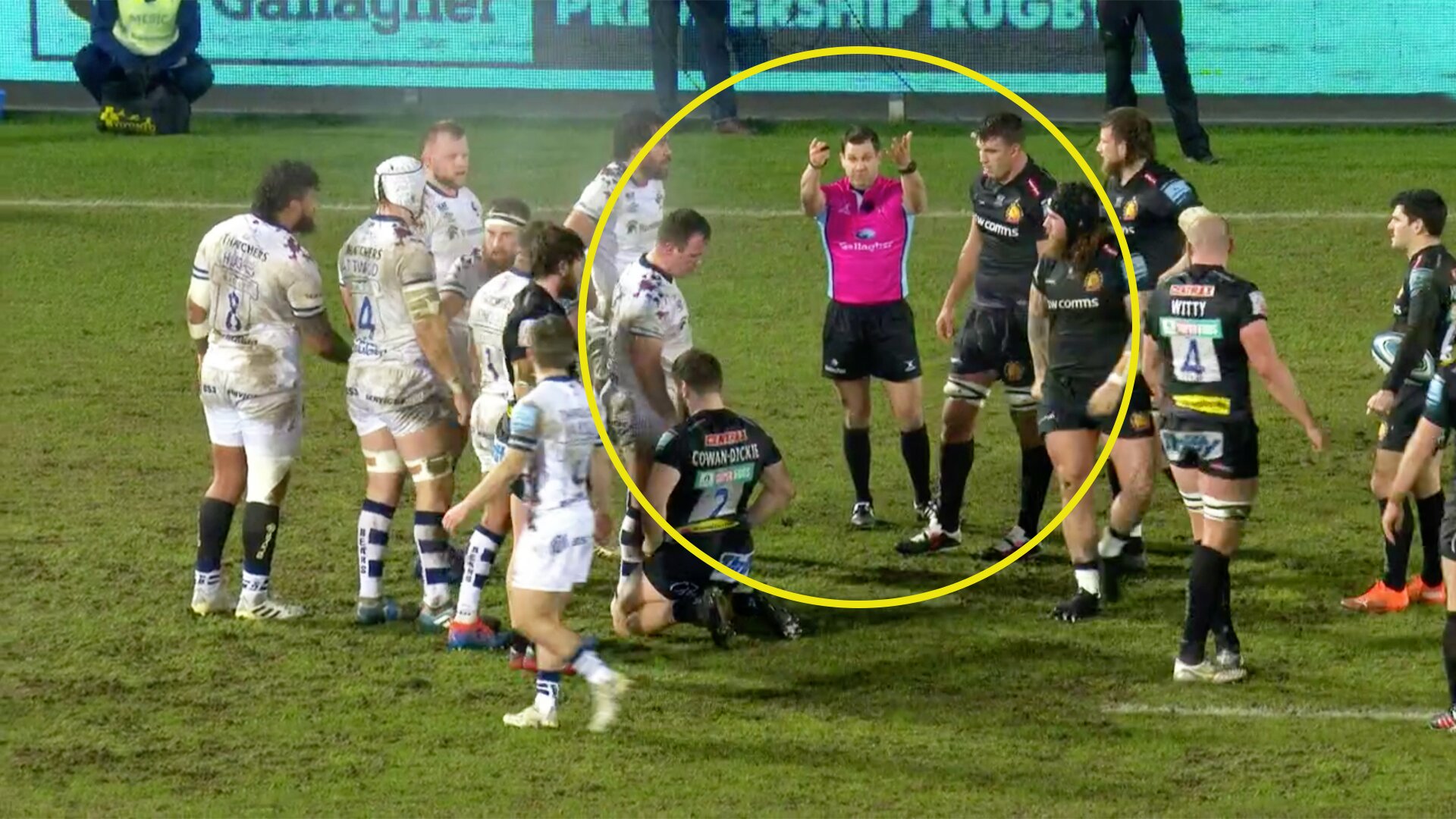 There were bizarre scenes in the Gallagher Premiership today as Exeter Chiefs played host to Bristol Bears in a much-anticipated West Country derby at Sandy Park.

In wintry conditions, there wasn’t much of the free-flowing, attacking rugby that we saw at The Rec last night (and perhaps expected).

The first half ended at 7-7 but there was one incident in the opening forty minutes that drew criticism from fans and players alike on social media.

After a scrappy opening ten minutes, it was the Bears who scored first with a very Exeter’esque try as they barrelled over from close range through scrum-half, Harry Randall.

watch the game’s opening try in the video below

Bristol come out on top in the battle of the packs 💪

Excellent lineout to get Harry Randall over the line 👏

Exeter weren’t looking themselves and after their loss last week to Wasps – some fans were starting to wonder if it could be two defeats on the bounce for the Devon side.

Chiefs fans were therefore relieved to see their team hit back through Jonny Hill after some great running play from their right-winger, Olly Woodburn.

Watch the England forward level it for Exeter in the video below.

Great play to slice through the Bristol defence and get back into the game 💪 pic.twitter.com/j3at6E3Pmp

As the half wore on the contest became more and more attritional. The scrum became an area of focus with the front rowers firmly under the spotlight.

This led to a strange call from the referee after more and more infringements at the set-piece from both sides.

Watch the moment in the video below.

Don’t see this very often – props from both sides sent to the bin. Referee not wanting to make a call on this one? 🤔 pic.twitter.com/BrMcE12AKN

Fans and players alike were not happy with the apparent ‘bottle’ from the referee in this instance.

It ain’t on sending 2 props off , should be able to isolate the incidents from each prop and make decision accordingly.

These scrums are horrendous, it’s on par with Bath vs Sale