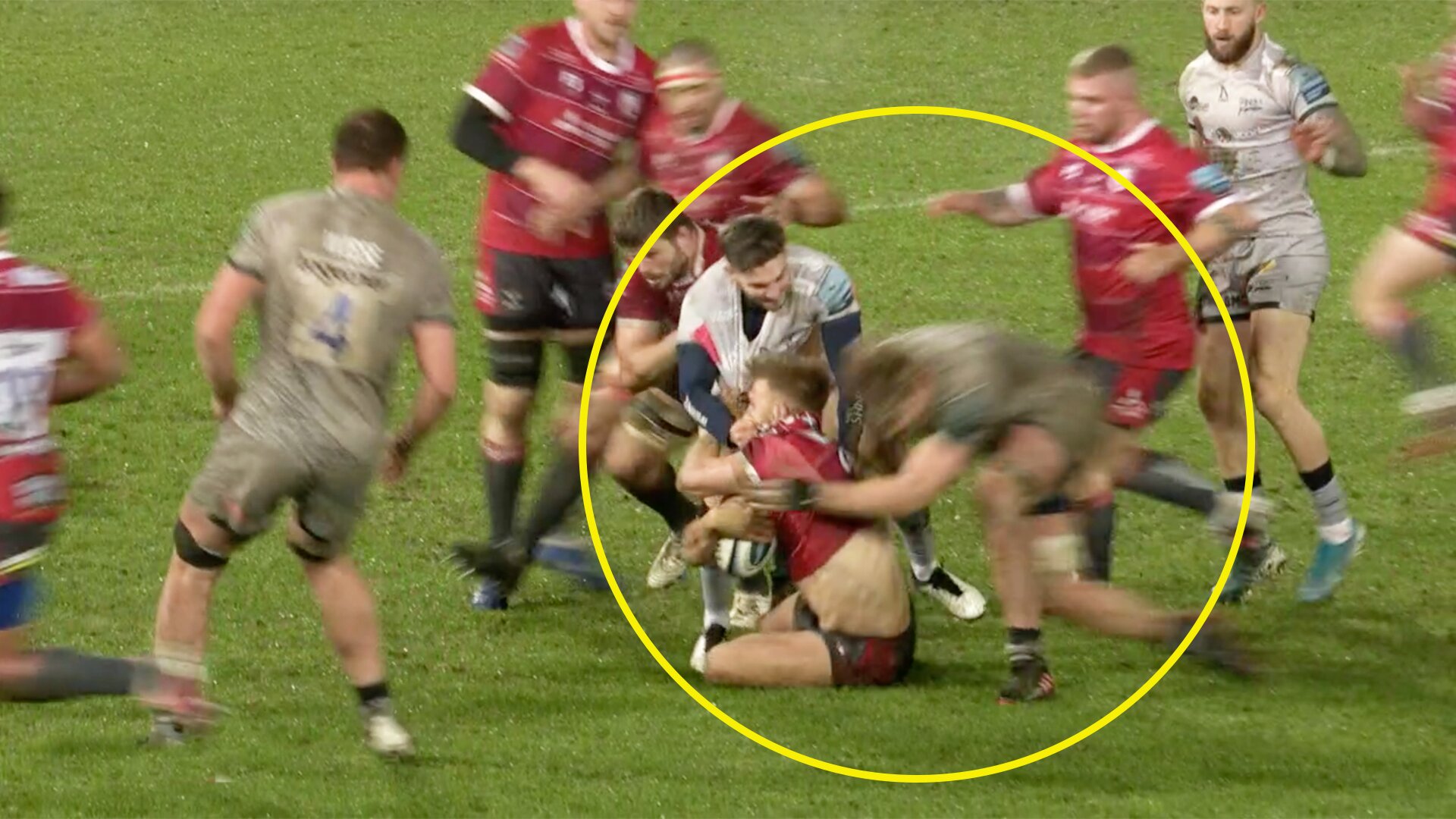 Social media was up in arms this evening after another red card offence was ignored in today’s Gallagher Premiership clash between Gloucester and Sale Sharks at Kingsholm.

Since a number of ex-rugby pros came forward at the end of last year – the spotlight has been firmly shone on head injuries and player welfare.

The incident this afternoon at Kingsholm involved Daniel du Preez who escaped from the incident without punishment.

The Gallagher Premiership encounter was a feisty one to say the least with a number of illegal collision taking place throughout the match.

The closing moments of the clash ended with a mass brawl that spilt off the pitch and into the stands after a coming together between Billy Twelvetrees and a non-playing member of the Sale Sharks staff.

The hit that caused social media to erupt came in the 73rd minute of play.

We see as Sale forward, Daniel du Preez smashes into the back of a Gloucester player with his shoulder appearing to connect with the back of his head.

Most officials have an understandable desire to mitigate reckless player behaviour, but this attitude has to change if rugby wants to keep existing.

There’s already a lawsuit ffs, how are people not getting how bad this looks? pic.twitter.com/NlkFU4JroQ

Fans on social media were outraged that the collision did not even draw the TMO to review the incident even with camera crews replaying the moment back immediately.

Here was some of the reaction from the Twitter masses.

Two incidents that didn’t look good in Gloucester v Sale. The Daniel Du Preez hit into the back of the player & the Slater clean on Akker. These incidents need to be reviewed & players punished if deemed punishable. Objectively both looked really poor #GLOvSAL #GallagherPrem

Rage only grew online as fans pointed out another moment in the match that officials failed to pick up on with yet another wild clear-out to the head. This time, from a Gloucester player.

The Man of the Match award was eventually awarded to Daniel du Preez which, as you can imagine, drew more wrath from enraged supporters online.

This fan went as far as to describe the hit as an assault!

There have been a number of these incidents in recent weeks with dangerous clearouts to the head now firmly in the spotlight.

Below are two almost identical cases where fans have called out similarly dangerous collisions at the breakdown area.