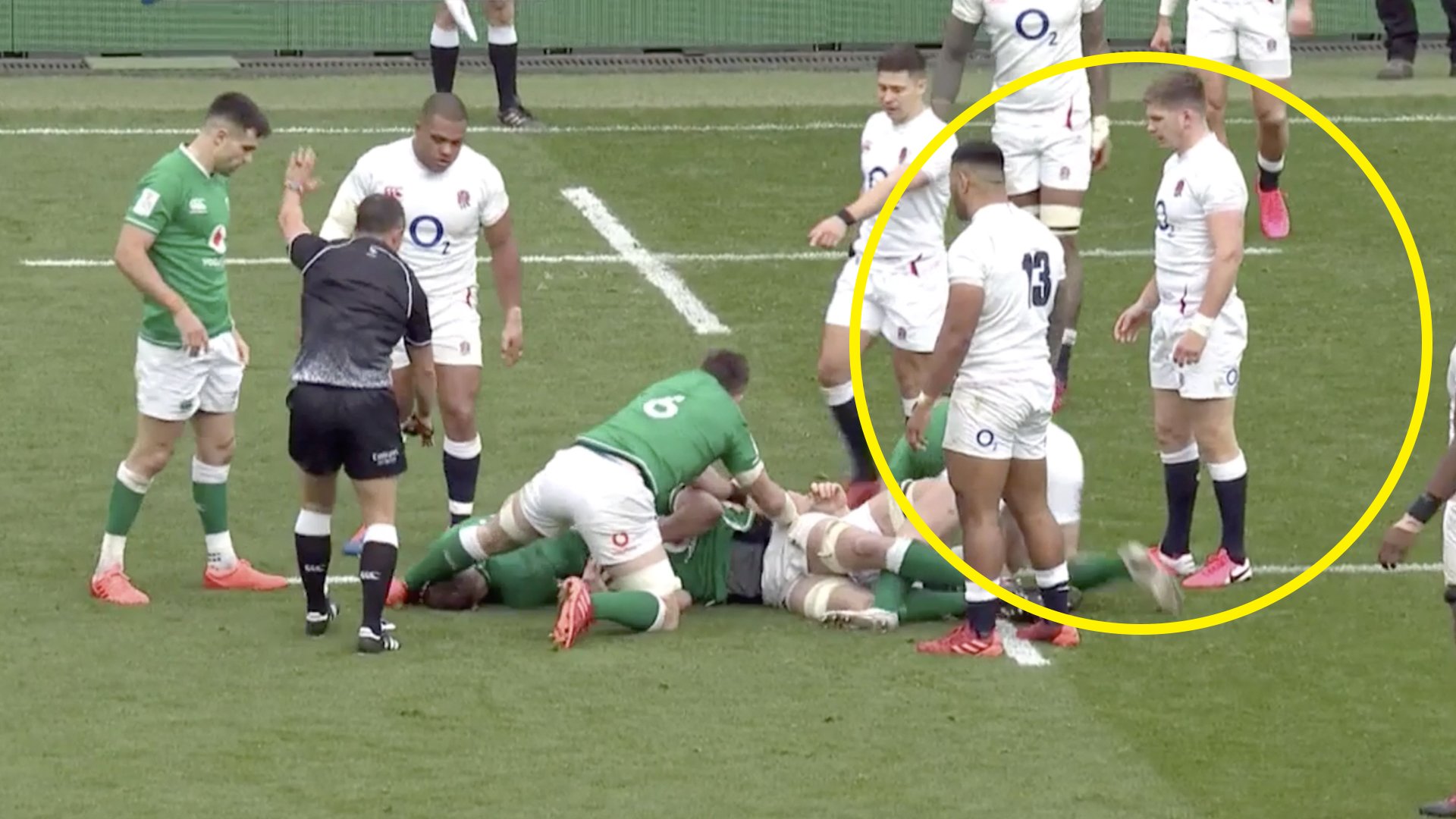 We found this short clip online today of Owen Farrell reacting to seeing Jordan Larmour injured and to be honest we are in shock.

The England captain has earned quite the repuation of late for being a bit of a wind up merchant on the pitch, and it was no different this weekend as he got under the skin of the Irish players on multiple occasions.

One incident can be seen here when Ellis Genge wound up Owen Farrell.

We then found this quite incredible clip online showing the England man’s reaction when he saw Ireland youngster Jordan Larmour fall awkwardly in a tackle.

Larmour looked like he was injured when Farrell himself landed on him and it looked like his leg got locked up in the challenge.

It was quite a painful site but Owen Farrel’s reaction to seeing him injured was quite a shock.

Was this the reaction you would expect…?

England look set to be without Mako Vunipola for another phase of their Guinness Six Nations title push, but Anthony Watson could be available to strengthen the back three.

Vunipola last week travelled to Tonga for family reasons, forcing him to miss the 24-12 demolition of Ireland that has kept Eddie Jones’ World Cup finalists in title contention.

But the powerful loosehead prop is unlikely to return to these shores in time for the penultimate round of the Six Nations against Wales at Twickenham on Saturday week.

Watson, however, will link up with England at their three-day training camp in Oxford if he is able to demonstrate he has recovered from the calf problem that has prevented him from taking part in the championship to date.

England are well stocked for quality looseheads in the shape of Joe Marler and Ellis Genge, making Vunipola’s return less urgent, but Watson can play wing or full-back and would be a valuable reinforcement.

“Anthony’s got to do a running session and if he gets through that we’ll get him into camp.”

England swept aside Ireland in a performance that evoked memories of the victories over Australia and New Zealand that propelled them into last autumn’s World Cup final.

At the heart of the triumph was second row Maro Itoje, who was close to his destructive best having made a quiet start to the Six Nations.

Ireland attempted to rattle him and Jones warned future opponents that they target him at their peril.

“Maro’s been through that and that’s what normally happens with a second year player – they work out what you are good at and then try to take it away from you,” Jones said.

“He’s been through that process and now they can go at him. The more they go at him, the more it distracts them from their game.