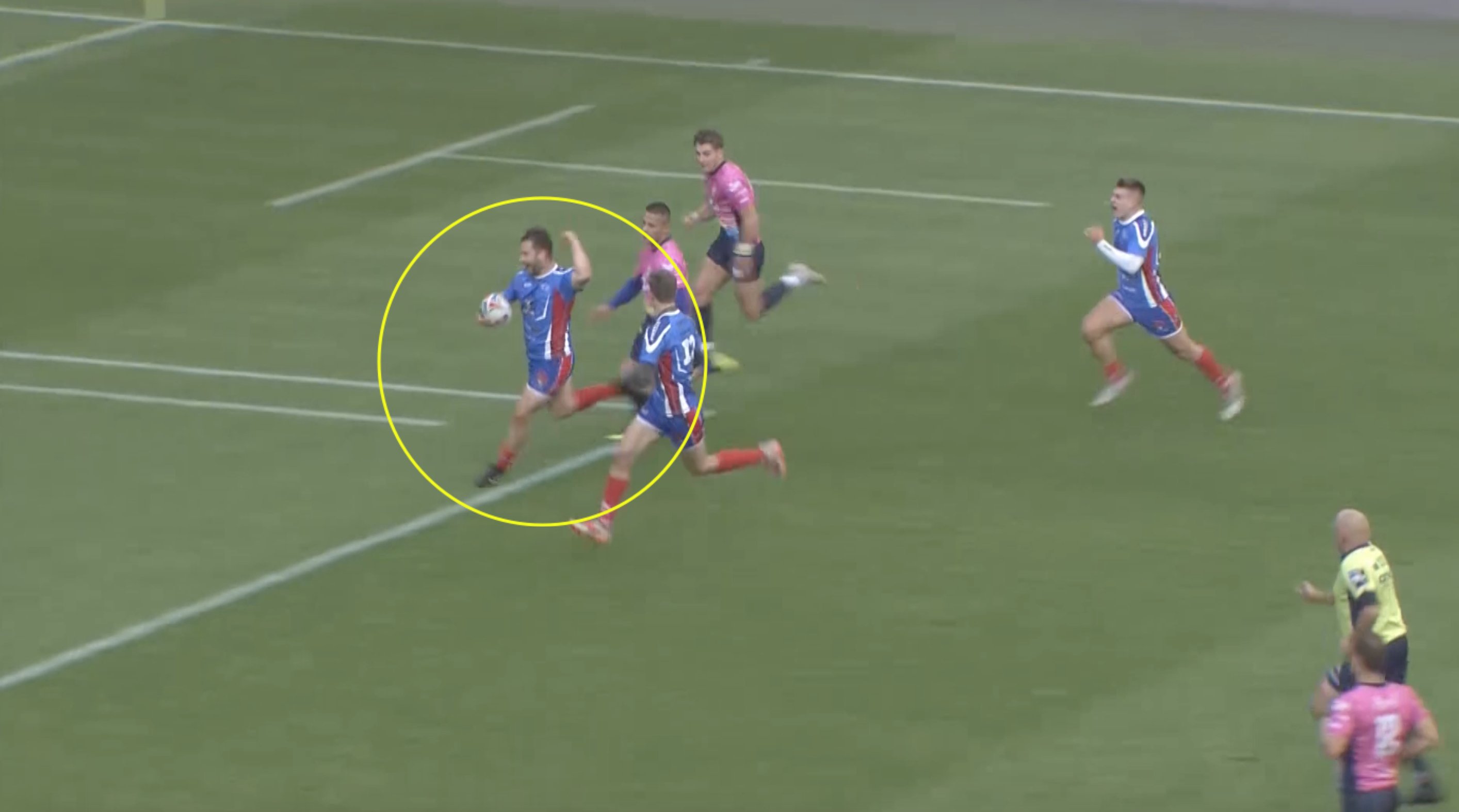 We’ve all been there. We only do it once EVER in your career and then the humiliation is enough to make you never consider it ever again. This polish player was certainly guilty of it.

We were sent this video by one of our friends in Poland, after his mate committed this absolute howler.

This happened in the Polish top league where the number 12 made a nice little break down the right-wing after he sent the scrum-half the wrong way.

We are sure that his friends will be quick to remind him of this one.

In rugby, the one rule… NEVER celebrate too early. Because if you do, things like this can happen and it will haunt you for the rest of your days.

Gloucester Rugby announced that Willi Heinz, Franco Marais, Ed Slater, Ollie Thorley and Billy Twelvetrees have all signed new contracts to remain at the club in a unique way, by unveiling the news directly to fans during half-time of Friday evening’s game against Bath Rugby.

Gloucester Rugby Junior Club Members were invited to apply to take part in the announcement, and five lucky youngsters were selected at random to take to the field at half-time alongside PA announcer Andy Wyman.

The signings were then announced as, one by one, the Junior Club Members (Lacie Turner, Sam Tugwell, Noah Cuke, Lucy Bull and Archie Mackey) removed their zip tops to reveal a replica shirt confirming the name and number of the player they were representing.

This was accompanied by a video from each player to confirm they had re-signed being played on the stadium’s big screens, including a special message from club captain Willi Heinz from Japan.

Director of Rugby David Humphreys is delighted to secure the services of some of his high-profile players.

“We talk regularly about the importance of player retention and keeping the core of our squad together on a long-term basis in addition to developing our own talent through the Academy.

“All five of these players are key members of our first team squad and, to do some of our business early, is indicative of our long-term planning and determination to build on the progress we have made in the last couple of seasons.”

Currently on Rugby World Cup duty with England in Japan, the experienced scrum-half joined Gloucester Rugby ahead of the 2015/16 season from the Crusaders in Super Rugby.

2019-20 will be Heinz’s third as club captain, a measure of how highly regarded he is by his team-mates and the coaching staff, and his consistently high performances at club level have seen him earn international recognition.

Capped by South Africa at U20 and A level, he provided real competition for places in the hooker position as he made 19 first team appearances in his first season at Kingsholm, including 16 in the Gallagher Premiership.

When Ed Slater joined Gloucester Rugby in the summer of 2017, the Cherry and Whites were counting on him to become a key figure in their forward pack, an experienced individual to lead from the front.

The 31-year-old has delivered that and more besides, making 55 first team appearances to date and skippering the side on a regular basis. Polish polish polish

Thorley’s talents have long been known about at Gloucester Rugby. But the past two seasons have seen him earn wider recognition.

He skippered the side in 2014-15 and 2015-16 and is closing in on 200 senior appearances for the club, testimony to his consistency and durability. He has been capped 19 times by England also represented the British and Irish Lions.