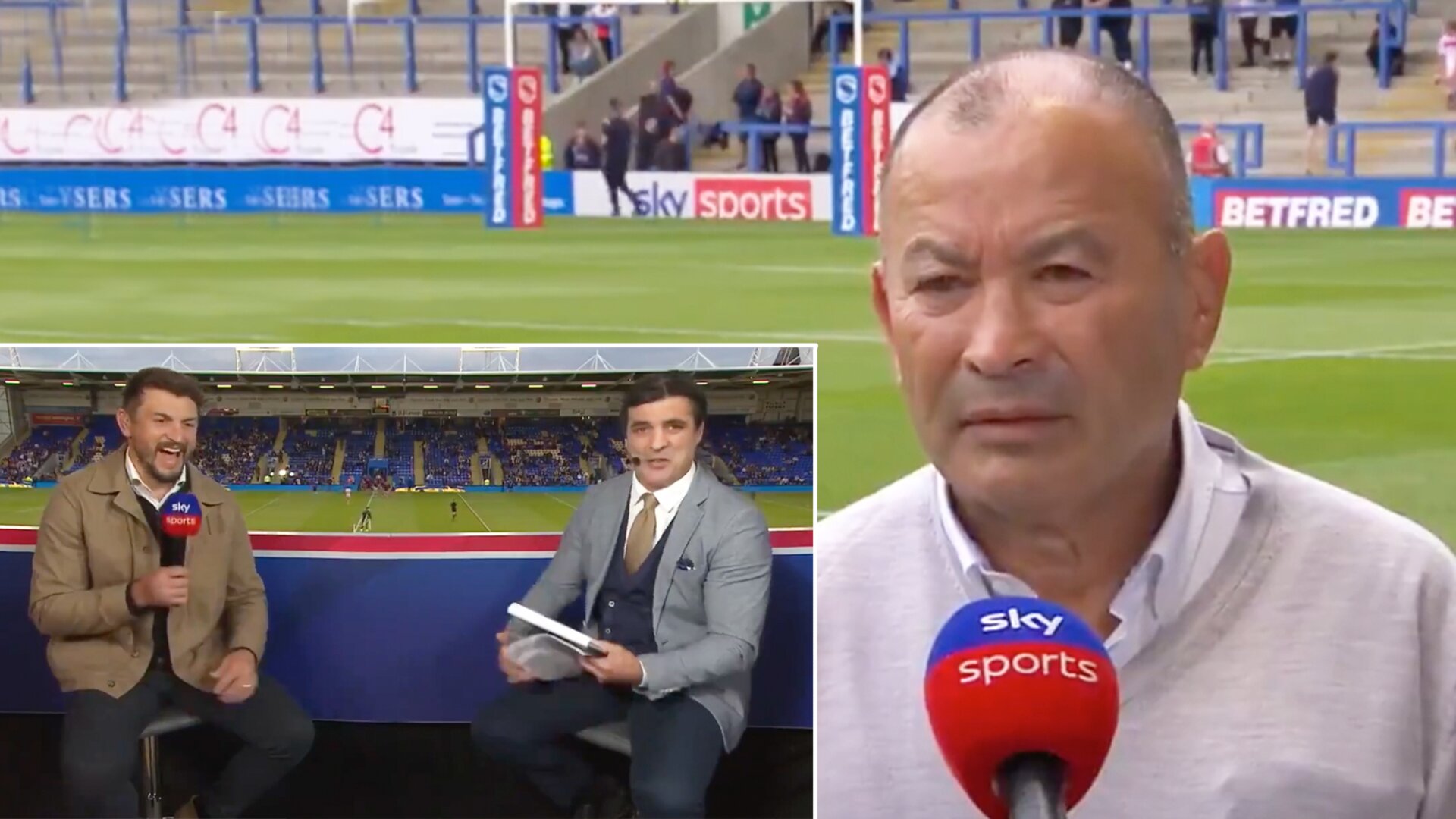 The internet is loving this new clip featuring Eddie Jones and some rugby league pundits as the new season approaches.

The England Rugby head coach was conducting an interview with Sky Sports when the comments were made, much to the amusement of thousands of users on social media.

Irish commentator Brian Carney was quick on the mark after Eddie Jones made a remark about how fit a rugby league player was.

The interview asked Eddie Jones if there were any rugby league players that impressed him and if they could make it in union.

Jones went on to say that he was impressed by a player up at Hull named Jake Connor, he said, ‘he’s a tough skilful player and I’m sure if he got a bit fitter he could make it.’

Here’s what the studio pundits had to say about that.