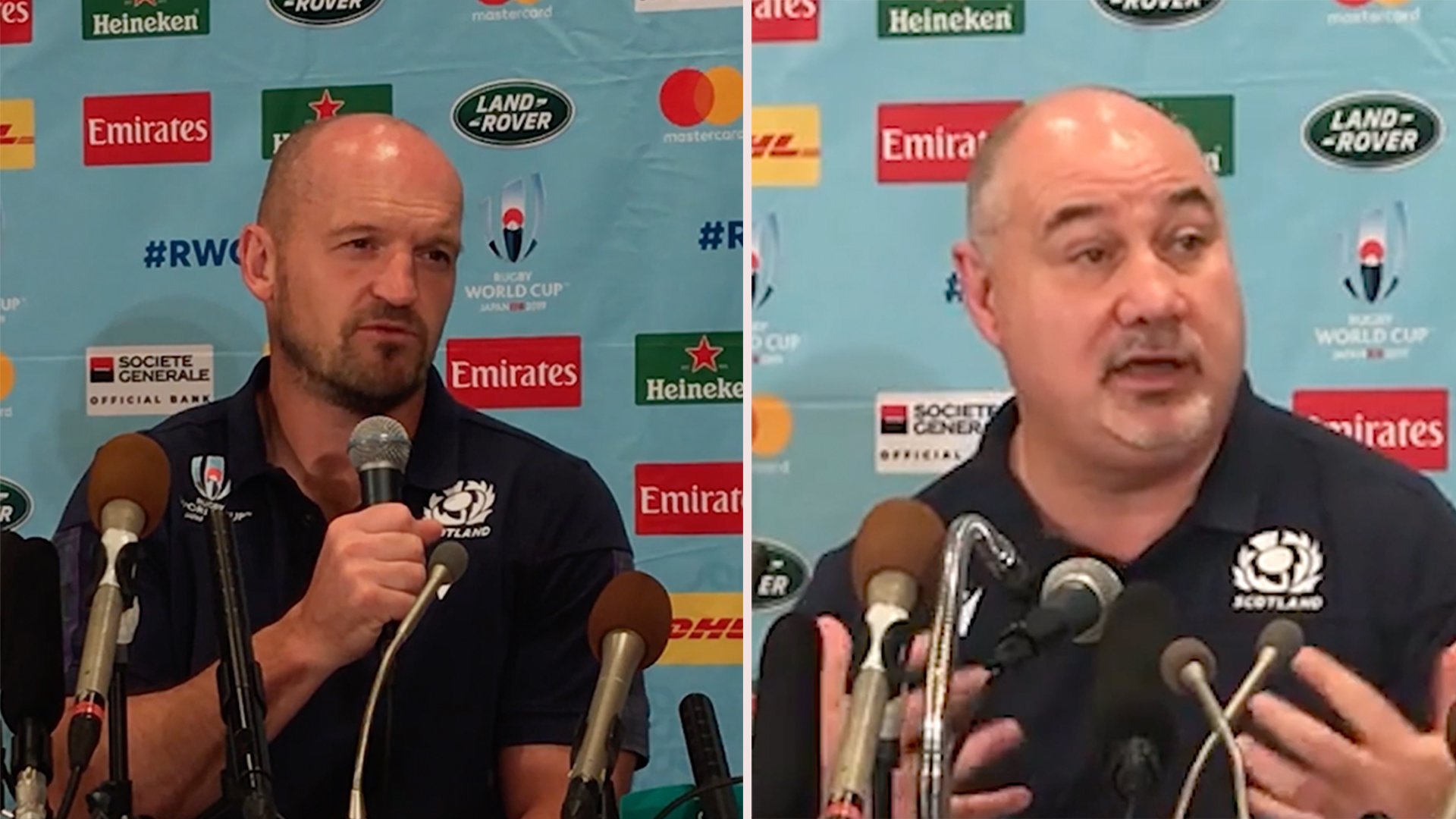 The next 48 hours are going to be massive for rugby. If the Scotland vs Japan game is cancelled, it’s going to tarnish the sport, that’s a given. We’re not saying World Rugby should put people at risk, but the tournament will still be very negatively portrayed if this happens.

Today Gregor Townsend and SRU chief executive Mark Dodson both spoke about their desire for the game to be played even if it means rescheduling the game to a later date.

Scotland have made it clear that they are lawyering up in preparation for a World Cup cancellation which could see Scotland exit the World Cup at the group stages.

Dodson made quite an astute comment, saying if a team like New Zealand were in this situation, would World Rugby still be looking to cancel the game?

“I think when you’re asking for something to reconsider something as big as this, we are trying to base that around the fact that there is sporting integrity around this. If you’re an economic powerhouse of the game, I think it comes with more clout and I feel perhaps if this involved one of the economic powerhouses of the game, let’s say New Zealand, perhaps more thought would have been given to a more flexible approach.”

Here is the first video that we will share. Scotland aren’t backing down here…

World Rugby themselves have released a statement in light of these press conferences, saying they are disappointed with the direction that Scotland has taken this.

It is disappointing that the Scottish Rugby Union should make such comments at a time when we are doing everything we can to enable all Sunday’s matches to take place as scheduled, and when there is a real and significant threat to public safety owing to what is predicted to be one of the largest and most destructive typhoons to hit Japan since 1958.

Along with the 19 other teams, the Scottish Rugby Union signed the Rugby World Cup 2019 terms of participation, which clearly state in Section 5.3: “Where a pool Match cannot be commenced on the day in which it is scheduled, it shall not be postponed to the following day, and shall be considered as cancelled. In such situations, the result shall be declared a draw and Teams will be allocated two Match points each and no score registered.”

This statement was in direct reaction to this press conference from Gregor Townsend.

Scotland have made it very clear they won’t accept anything less than a game against Japan which we think is fair. But this typhoon is going to be catastrophic.

A video online looking at the typhoon predicts that it will actually weaken before it makes landfall in the affected area.

If this is the case, Scotland should get their game.