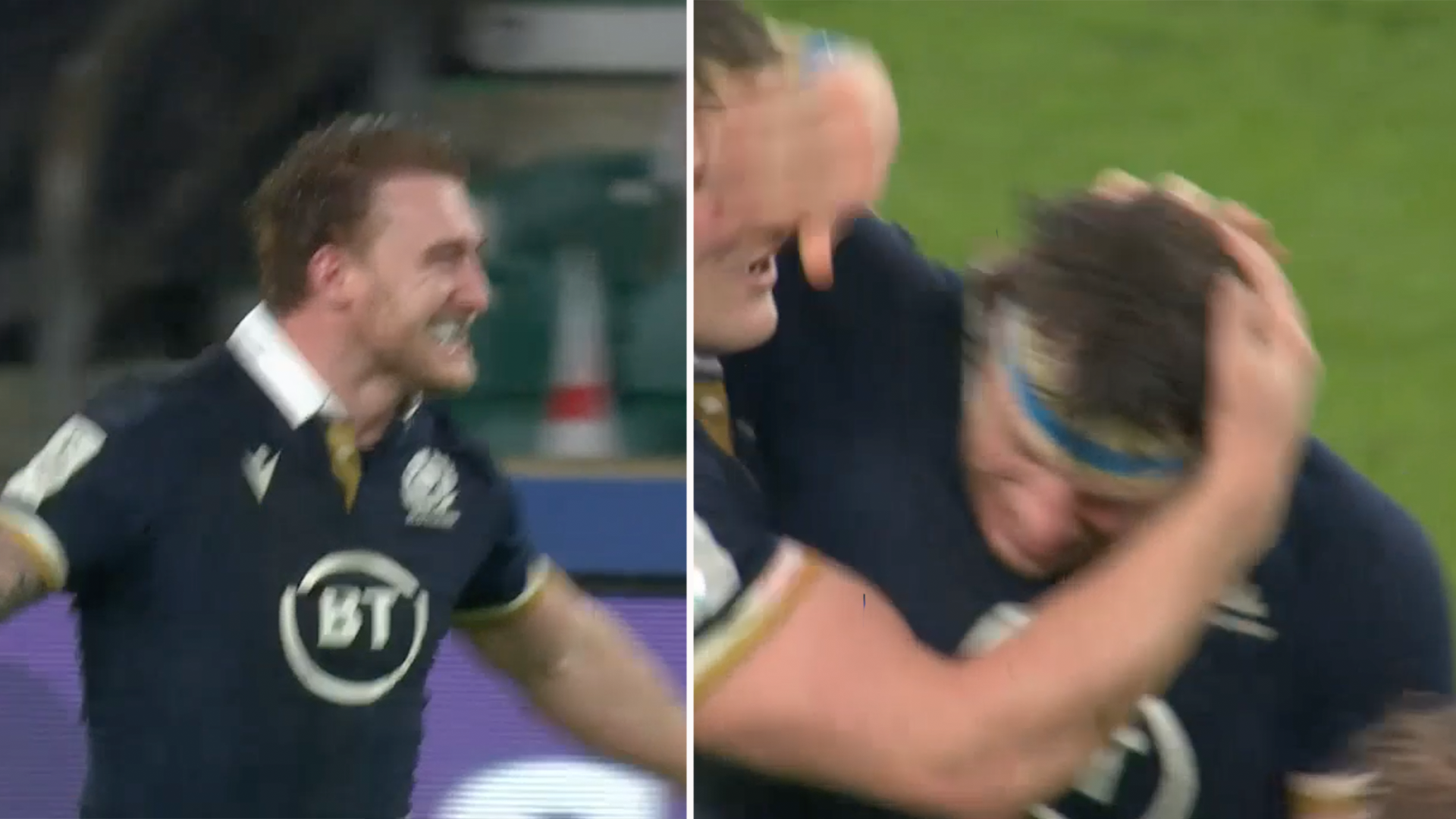 Scotland have recored a stunning victory over England in the Six Nations, winning by 6-11.

It is the first time that the men in blue have won at the home of English rugby for 38 years.

Fans on social media were ecstatic after the shocking triumph in the opening weekend of this year’s tournament.

The game had been played at an incredible intensity from the opening minutes with England pressuring the Scots heavily around the breakdown.

We saw as Maro Itoje was able to charge down Scotland scrum-half Ali Price numerous times at the breakdown, but it was the visitors who were able to get on the scoresheet first through the boot of Finn Russell.

Every time Ali Price touches the ball, this is all he is seeing 😅#GuinnessSixNations #ENGvSCO pic.twitter.com/giw6MUSsz3

Scotland were first to score a try in the match after having had the upper hand in the first half.

It looked like this yellow card for Finn Russell might have halted the momentum of the Scottish charge.

The Scottish held strong and upped their intensity into the second half, managing to stifle the English attack in atrocious wet conditions.

One man who dominated in midfield was Cameron Redpath who was clinical at inside centre. There was huge hype going into the game around this 21-year-old – and he more than lived up to it with an assured running performance.

Scotland managed to hold on to record a historic 6-11 win, their first at Twickenham for 38 years.

Here was the moment that won the match for the visitors

Here is how fans reacted on social media.

Not a great performance but you have to applaud England’s desire to socially distance from the ball. Safety first.