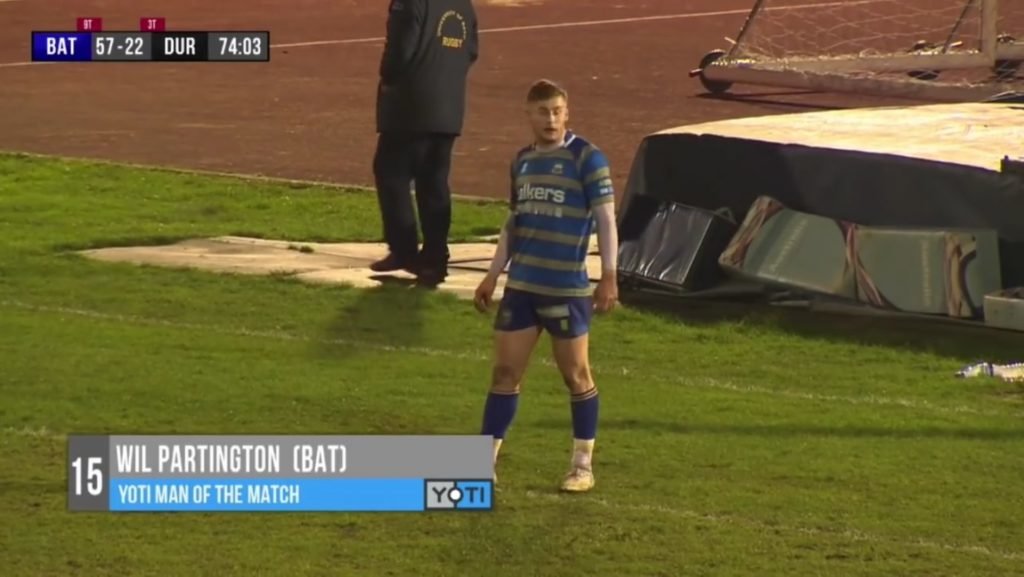 SUPERCUT: London Irish new academy signing is a potential diamond in the rough

Amongst the melee of big-name signings this summer for newly promoted London Irish, they made another signing today that may slip under the radar.

The Exiles signed fullback Wil Partington to the Senior Academy, after he spent the past two years with Bath University.

Delighted to announce I’ve signed with @LiRFC at such an exciting time for the club. Can’t wait to see what chapter 2 has to offer! #LondonIrishFamily

Big thanks to @UOBathRugby for the last two years, it’s been a pleasure. #BFEO https://t.co/XYblmOI9lR

Already this week Declan Kidney’s side have secured the services of Tonga international and former Leicester Tigers forward Steve Mafi, but the signing of Partington is about looking to the future of the club rather than the immediate present and the season ahead.

Although the likes of Sean O’Brien, Waisake Naholo and Sekope Kepu are a few of the big names arriving at the Madejski Stadium, it is imperative players are brought through to carry on a legacy that may be built.

While the new signing may not necessarily be a big name this s
eason, it is about the next five or more years which are crucial to London Irish if they want to become established in the top flight again. They have bounced up and down between the Premiership and Championship over the past few years, and that has surely made them wise as to what they must do to avoid that happening, and signings like this may be the answer.

Here are highlights of what Partington will bring to the Exiles:

It will be interesting to see how London Irish fare next season after some heavy investment, but they should be commended for strengthening the club in all areas.