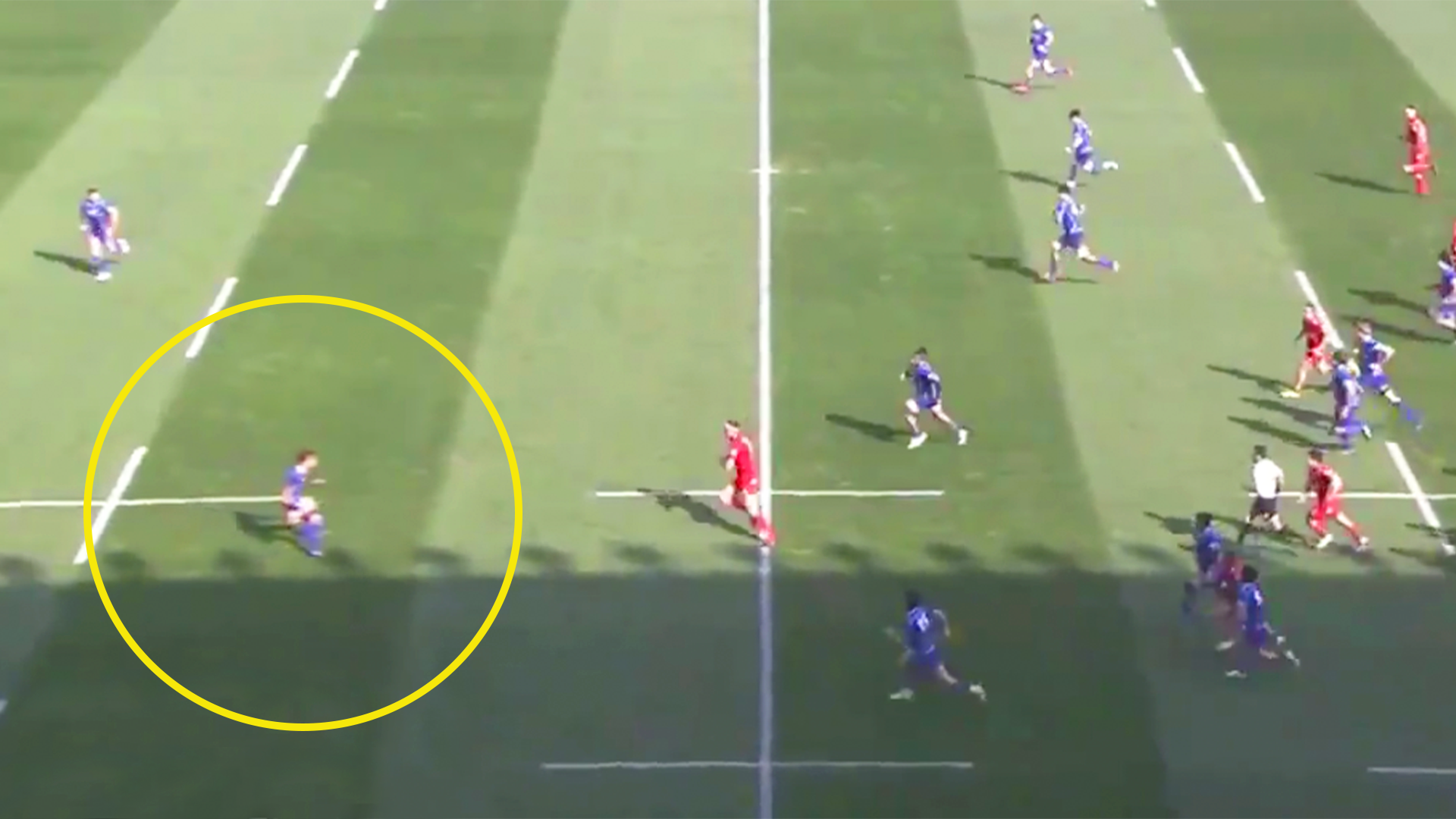 There was a shocking moment in the Japanese Top League on the weekend featuring All Blacks star Brodie Retallick.

The World Cup winning lock has joined Kobelco Steelers along with a number of other New Zealand stars such as Ben Smith.

Both were in action for the Kobe-based side on the weekend.

There were some excellent pieces of play from the star-studded team.

One fantastic team try that featured the man-mountain second-rower as he carved his way through the opposition defence.

We see as he’s left one on one with the final defender – there was only ever going to be one winner in this one.

watch the epic Brodie Retallick run in the video below

Check out this beauty featuring a nice gallop from Brodie Retallick.

Ben Smith involved in the passing wide to the right for a finish from number eight Lui Naeata, who is a quality player. pic.twitter.com/4tQAFtlXX0

We see as Retallick effortlessly steps the final defender with ease. The Steelers then throw it wide from left to right before running it in to score in the corner through their talismanic number eight, Lui Naeata.

There were more exciting pieces of play in the Top League game. We see in this clip as Naeata continues to terrorise the opposition defence with his incredible handling skills.  He breaks away down the right wing before acrobatically throwing a one-handed offload to Ben Smith who goes in to score on debut.

Naeata set up Smith for a try on his Top League debut with a characteristic surge and offload out wide. pic.twitter.com/oEpIOuRVnb