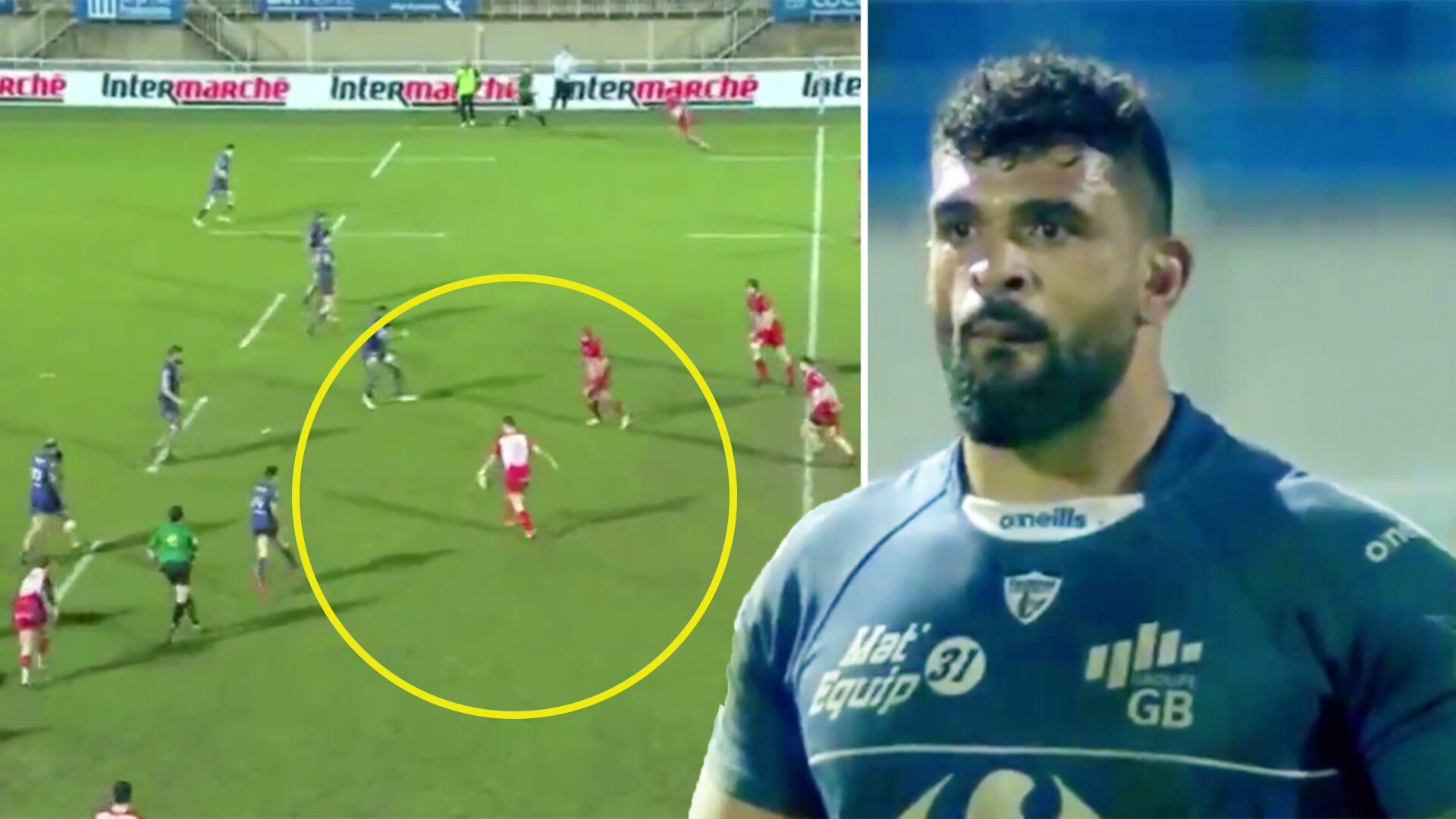 Social media has been raving about this buzzer-beater try from last night’s PROD2 between Biarritz and Colomiers.

The match in France’s second division had been going right down to the wire with Colomiers holding a slender lead against the former European giants with the clock in the red.

All they had to do was ensure that the ball went dead to claim victory – as you can see, it wasn’t all that easy.

The video, posted on PRO D2’s Twitter page has gained 200,000 views in only a few hours with players and fans alike sharing the ridiculous last-minute score from last nights clash.

The 55-second clip goes straight into the final play of the game with Biarritz throwing caution to the wind in order to grab a try to win the match.

We watch as they go for the crossfield kick in a desperate bid to get around the Colomiers line. As you can see in the video below, the last play is absolutely outrageous.

Time up on the clock, Colomiers lead and this is how Biarritz grab the winning try. 😲 pic.twitter.com/zx7ibMM2pu

We see as Biarritz go for the cross-kick only for the ball to bounce awkwardly away from all of the chasing players. They manage to gather before a mad rush for the line ensues.

A Colomiers player gathers the ball and tries to boot it out of play – not before he’s wrapped up, dropping the ball in the tackle. Another of his teammates tries to do the same but he suffers the same fate, allowing a Biarritz player to pounce on the loose ball just before it can roll out of the dead-ball area. 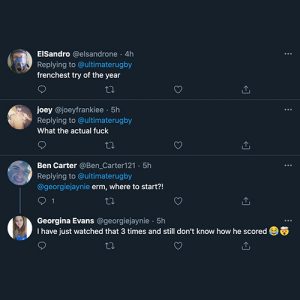 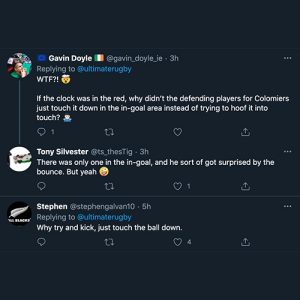 This incredible moment from last night’s match has only further cemented the French PROD2’s reputation rising status as one of the world’s most entertaining leagues.

Will a broadcaster buy the rights to the French league’s in the coming months? Fans are crying out for it!