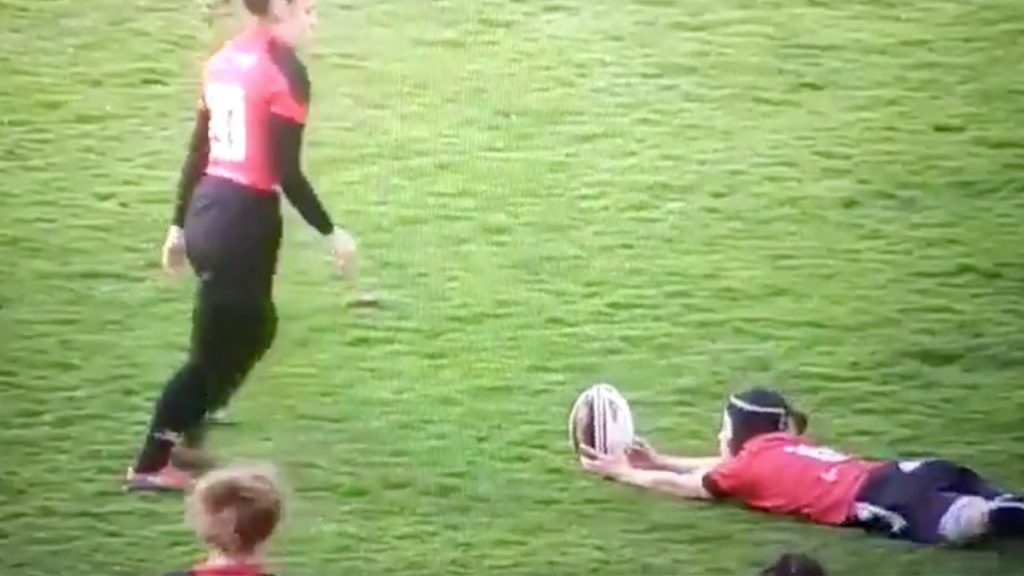 This has to be one of the worst attempts at a penalty kick that we’ve ever seen, but it makes for spectacular viewing.

There’s very little that we know about this clip apart from the fact that it was released about this time a year ago and that is has gone massively viral recently, amassing almost 800,000 views on Twitter.

There’s not much more we can say about this but explain just how hilarious it is.

The first odd thing we notice is that the kicker tries to place the ball on the other players’ back. Were they planning to originally slot it from there? That would have been an incredible penalty.

We’re not quite sure what they think would happen here… Secondly, we noticed that the person holding the ball on the floor has their hands pretty much completely over the ball, this had the makings of been even more of a disaster than it already was.

Some of the comments under the video were astonished or supportive!

-How was she planning on booting it off her back??

-Good to know the people responding to this were all top class rugby players who knew everything about the game at the same age. 👏
Fair play to the lad, wanted to help a team mate.

-For a moment I thought she was going to boot the other playas head!

Here is the clip of the video itself, this has to be the one of the best comedy of errors that we’ve seen, it just gets worse and worse.

Like others have said, fair play for attempting the penalty, the execution was just slightly off…

We’re sure everyone has been through a similar situation to this if they’ve not kicked often before. If you have any clips like this, send them our way so we can all have a laugh.