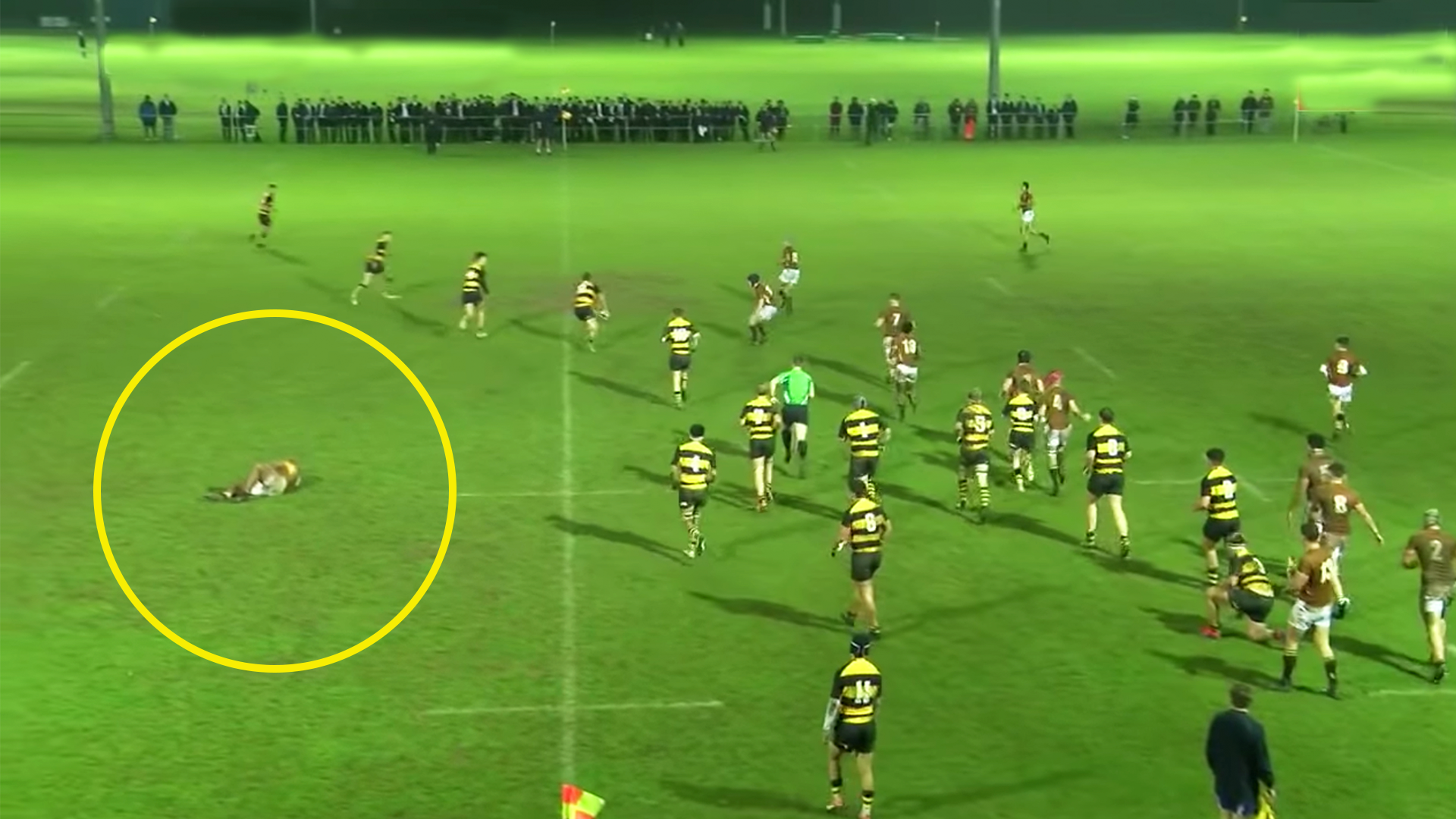 There have been mounting calls to ban contact rugby in schools by a group of leading academics in the UK.

The move follows on from legal action being taken by a number of former rugby professionals who have revealed that they’ve developed brain-debilitating conditions from years of repeated concussions over their careers.

If implemented, the move would have a seismic impact on school rugby in the country.

The group have said that rugby is a contact sport but that even those who love it now have to see the sport change to prevent new generations of players potentially suffering catastrophic head injuries.

In a feature from ITV News, we see the former England team doctor, Phil Batty, stating that he feels not enough is being done to protect the welfare of rugby players right the way through the age groups.

In the interview, he goes on to say that he has himself sent players back on to play in the past whom he didn’t know were concussed.

Watch the ITV feature below.

Some schools have already made the move from contact rugby to non-contact, touch rugby.

The video goes to watch Egham school in London which has made that move who’s rugby is headed up by former Harlequins player, Jamie Johnston.

In the ITV interview, he had this to say,

‘I wouldn’t encourage my own kids to play – not as it is at the moment. We need to start thinking about the safety of our kids and addressing that issue.‘

The experts who are calling for this change in sch0ols rugby come from Newcastle, Winchester and Oxford Brookes universities and say that repeated concussions are having disastrous effects on the brains of developing young players.

The RFU has stated that their primary focus has been player safety and has stated that it, “works hard to manage the risk involved in the contact nature of rugby, particularly for young people.”

The experts have sent an open letter to the chief medical officer in the UK asking them to take necessary steps to review the evidence on risk injuries in the school game and on doing so to remove the tackle from the sport for children.

This isn’t the first time that this group has called for contact rugby to be banned in schools. They wrote letters to the UK medical officer in 2016 and 2017 but they hope that this time to be more successful given the recent exposure that the issue has gained with the liked of Steve Thompson and Alex Popham coming out about their own head injury stories in recent weeks.

People on social media had a mixed reaction to the prospect that contact rugby could be banned in schools – here are some of the reactions below.

This report looks like the call is to ban contact rugby at schools but other reports have mentioned banning tackle at “school age” groups. Not sure clubs will survive if that is the case – https://t.co/b9GoBPoOxV #rugby

FFS!! Here’s a crazy idea that might raise a few eyebrows. If you worried about injuries, concussions etc don’t play Rugby!! Stop ban this and that. The game is as safe as any other contact sport. LEAVE IT ALONE!! https://t.co/PdTx689tLR

Hilarious. If they ban tackling, Who’s going to watch a game of ‘tag’ instead? Ha! How are you supposed to stop someone who’s running at you? Might as well ban punching in boxing and have a game of ‘slapsies’ instead? If you play rugby you know what you’ve signed up for