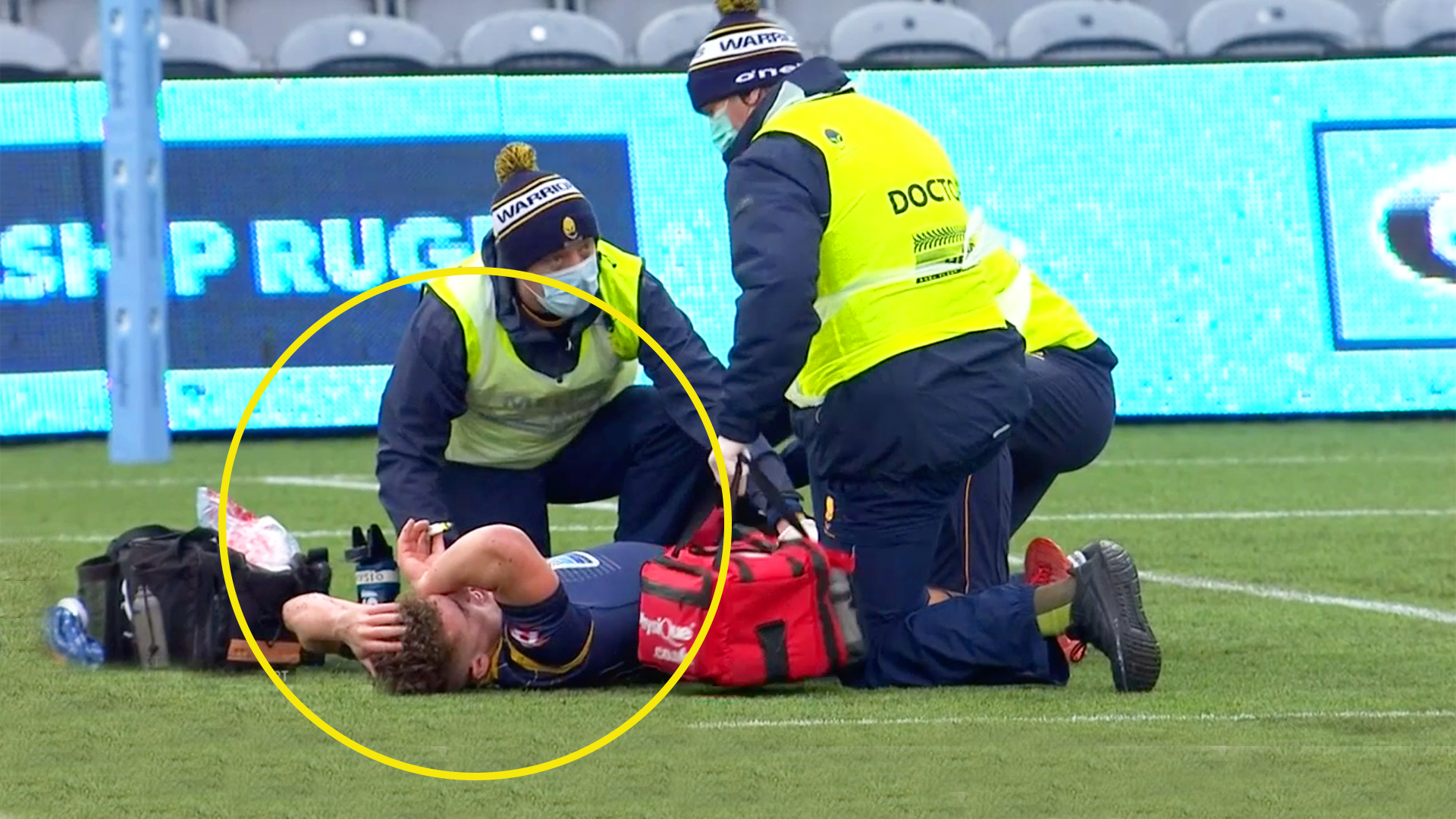 Worcester Warriors fell to a narrow defeat to reigning Champions Exeter Chiefs yesterday in a spirited showing from the Midlands side.

The 24-year-old fly-half, Billy Searle, went down injured in the 20th minute at Sixways after hobbling away from a challenge near the halfway line.

Video footage showed the former Bristol man, clearly in a lot of pain as he was attended to by the Warriors medics.

Billy Searle took to social media earlier today to reveal the true extent of his injuries with an image that has shocked fans.

Here was the moment in which the Worcester Warriors fly-half went down injured in yesterday’s game.

For anyone who hasn’t seen the savage Billy Searle injury – here’s when he got it pic.twitter.com/tqhAYBBgju

As you can see, the 24-year-old knew he was badly hurt as the team medics came to his aid.

So it was as nasty as it looked! speedy recovery to @Searly10 @WorcsWarriors pic.twitter.com/Zk6Uas9J0t

After seeing this, we can see why he was visibly in so much pain!

Here is the photo that Billy Searle posted on his Twitter page today, much to the shock of all Worcester Warriors fans.

Some performance from the boys yesterday, very unlucky not to come away with the win! Congrats @duncan_weir on the 50th cap👏

They must make the studs sharper in Exeter😅😂 pic.twitter.com/RUjpt6cMwJ

Fans were understandably worried about the welfare of the young fly-half as messages of support flooded in for the Worcester Warriors man.

This fan, however, wasn’t so happy to have witnessed the full extent of his injury!

You can catch full highlights of Worcester Warriors narrow loss to Exeter Chiefs in the video linked below.